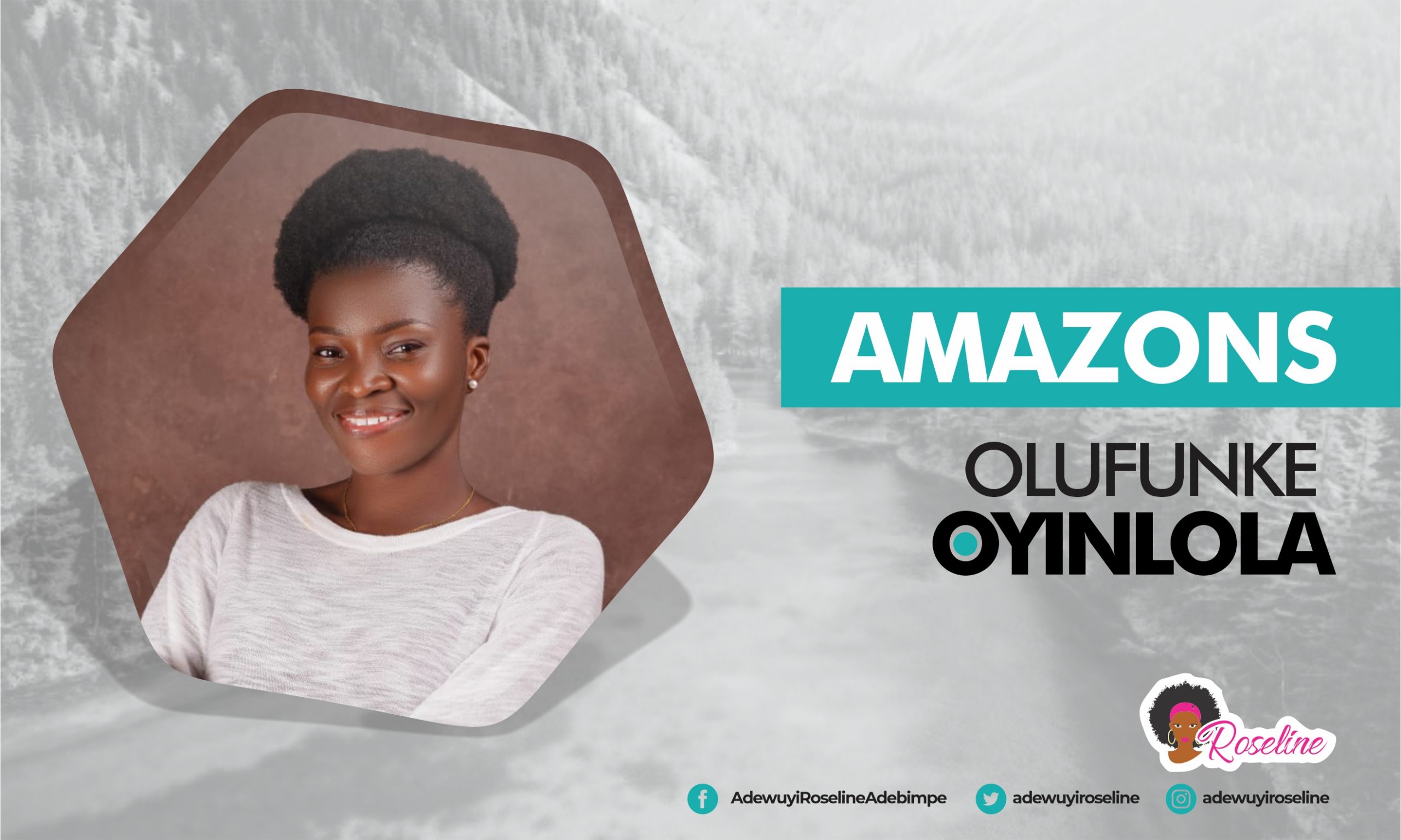 In our society today, there are complaints and misconceptions about how advocacy has become solely for the Girl Child and Women alike. While I don’t blame women like me who usually tend to advocate based on lived experiences, I must admit that it is a breath of fresh air to see female boychild advocates. It makes me feel like we have a shot at gender quality because both genders make up the world. And both genders need to learn from each other to be well grounded and truly human. So, while I may not actively be involved in boychild advocacy, I am an ally. That is why I love highlighting the achievements of these heroes who have taken it upon themselves to help the male gender become more amazing.

Today my searchlight is on an exceptional woman whose specialty is advocating for the boy child and being a great influence in their grooming and growth. I am talking about the founder of BoyKing International, a Legal Practitioner, and a boy child Advocate, Olufunke Oyinlola. It is going to be a great impactful experience as we listen to her share her wealth of experience and knowledge so far in doing what she knows best.

Sit back, relax and enjoy.

My name is Olufunke Oyinlola. I am a legal practitioner and an advocate for the boychild. I call the world’s attention to the boychild through my Organisation, Boy-king International which was founded in 2020. I shine the spotlight on his many struggles and disadvantaged positions, encouraging society to learn from him, unlearn him and help him.

Over the past two years, I have organized enlightening programs for boys and parents of boys alike. These programs touch on areas such as sexual education for boys, helping boys struggling academically, and educating boys on healthy relationships with the opposite sex.

2. What inspired you to start an organization on boy child advocacy as a woman?

My interest in helping boys developed when I got posted to a small town in Edo State, Nigeria for my National Youth Corps Program. There, I saw a lot of boys without anchor, without purpose. I heard stories of criminal activities perpetrated by young boys and men. I saw how lack of care, attention, and purpose was leading many boys into reckless lifestyles and criminal activities which was affecting not just these boys and their families but the society at large, thereby resulting in increased cases of domestic violence, cyber-crime, rape, and thuggery.

I realized that there was a link between the upbringing of boys, where most of them are left to cater to themselves while extra care is placed on teaching girls how to run homes and be good women for their husbands and family, and how homes, marriages and our society at large is suffering today.

The boys of today are the men of tomorrow. A boy left on the streets to cater to his survival will not do a good job of becoming a better man for himself first, and then the society tomorrow. If there is a problem with the men of a society, one must look into their boyhood. It all starts with a little boy somewhere. We mustn’t just complain, we must pay attention to the boychild. He needs help and support too.

Many boys are walking rough paths, they have had to bear burdens too great for their shoulders, many have and are suffering sexual abuse of all kinds, some of whom have had to become breadwinners at such young ages…boys whose eyes are full of stories, stories which their mouths can’t even bear to tell because they have found themselves in societies where they are expected to keep their emotions concealed, a world where men are not expected to be too emotional.

It occurred to me then that we cannot ignore the boychild and expect the world to automatically become perfect. We cannot achieve equality without focusing attention on the boychild. These realizations made me decide to, not just wonder but stand up and do something about the problem.

3. How has the reception been so far over the years from the boys you have impacted?

Mostly, surprise, usually with the remark, “nobody cares about boys”. Then suspicion, then willingness to share and receive help where necessary. Then when I come to win their trust, they talk to me about things bothering their hearts, ask lots of questions and see me as an ally, someone who cares. But I’ve found that connecting them with men whom I find to be of exemplary character helps them well, especially where they tow the same career path. I strongly believe in the power of mentorship, you see. After all, only a man can truly understand the intricacies of boyhood, he’s been there, they are of a kind. Simply put, boys need their men.

4. Who are your role models in this area?

The first person I found who is so passionate about boys is Mr. Jason Wilson of The Cave of Adullam. He is a teacher and mentor to boys and men all over the world. He has been a great inspiration for me.

I have also been greatly inspired and encouraged by Mr. Ebuka Obika Ede of Save The Boys Initiative, his passion and consistency in helping, educating, and mentoring boys have greatly helped me in my journey this past two years. I consider him a great voice in boy-child advocacy in Nigeria.

5. What are the thematic areas for the programs you organize?

We focus on education, seeing that a lot of boys are struggling academically and many are dropping out of school and living in parks and the streets. We also focus on educating boys on the effects of crimes, the position of the law on this, and the impact on the boys themselves and the society at large. Our team of lawyers is also available to help boys who have been victims of crime to get justice. We do this through our campaign, Boys Against Crime Campaign (BACC) which was launched on May 16th, 2022 (The International Day of the Boychild).

Our major purpose is to help boys fill the purpose gap and live intentional and impactful lives that will positively affect every part of society. We hope to help boys become men who live wholesome lives without pretense or denial, confident in themselves and exuding as well as reflecting positive masculinity. This, we believe, will result in them evolving into great husbands and fathers in the future. But the major focus is on helping the boys live wholesome lives and being able to manage the pressure and strain that comes with being a male person in our society.

6. Have you attended other programs before on this before you launched yours? If yes, which programs?

Well, I attended a couple, mostly virtual programs because there weren’t any programs going on in the places where I was when I began. I attended some programs by the Life After Abuse Foundation (LAAF) founded by Halima Layeni. I must also admit that Halima was great support for me when I first started my journey in boychild advocacy. A friend had linked me up with her to answer my many questions and give some insight, and she gladly obliged. Her work on the Men Can End Violence Campaign has shown the great impact supporting men and boys can have on every member of society.

7. What do you hope to achieve with this program?

First, I want to call the world’s attention to the boychild. I put it this way because I cannot teach boys how to be boys, I am a woman after all. But I can help them in ways where I know I can make an impact and then involve men and women who specialize in specific areas and can help in various aspects of the boys’ lives. I like working with experts just as much as I love practical solutions.

I also want to tell the world to train the boychild too. They don’t come programmed from the womb. Train them to positively impact the world. Teach them about equality, teach them that boys and men have a role to play in ending all forms of violence. Teach them to stand for their rights. Teach them to respect the rights of women and girls. Teach them patriotism. Teach them positive masculinity. Most of all, be good examples to them.

8. Your key statement has been Equipping godly boys through storytelling – educative programs – projects and features.

Can you tell us more about that?

Well, with a focus on the ‘godly’, we hope every boy whom we encounter lives a god-fearing life. To this effect we have a group on the WhatsApp App called the ‘Kings Hub’, where boys learn from the experiences of men who share their stories to encourage and inspire, we organize programs which we believe will be helpful to the boys, the boys even get to recommend topics they want to be educated on, and we also feature other organizations and individuals making an impact in other fields to educate the boys.

9. What is your advice to people who also want to venture into boy child advocacy but do not know how to?

I will advise them to start by following the works of those who are already into boychild advocacy and volunteer with them if possible. This is necessary because they are trying to break new grounds, it will be a wonderful experience of impacting lives but it won’t be a piece of cake either. It will also be good if they can focus on a particular area and start small. The focus should also be on actually touching the lives of boys positively and not just on making a name or doing it because, well, people are doing it.

10. What is your call-to-action sentence so that more men will start doing things for boys?

We have heard from her and you would agree that it was quite exciting. Taking the time to understand the needs of the boys around could only take selflessness and patience – virtues that the world needs more of today. She has shown that no child’s need should be looked down on, boy or girl alike we are all humans, we have rights that to be protected irrespective of gender and age. Most importantly, In her words, Boys need their men. Fathers should be available for their sons, Older males should help the younger men. When more men are involved, boys will see the kind of men they should grow up to be and the world will be better. I believe in the future of the boy child, do you?

To connect with Olufunke and support BoyKing international, kindly reach out to her on her social media handles below: