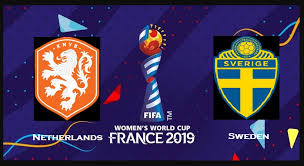 I would say the match between USA and England yesterday has been one of the most thrilling and dramatic matches I have watched since the beginning of this tournament. From a brilliant header from USA’s Press then an equalizer by Ellen White to Alex Morgan scoring her 6th goal of the tournament on her birthday. We later saw a very dramatic second half as the decision of VAR was very critical. It was indeed intense. From VAR confirming an offside goal by Ellen White for the English team and the controversial penalty that was given but missed and finally to the red card given to the English side. I actually looked forward to the 7 minutes additional time if at all that could make a difference for the English team but then USA ensured they finished this to the last and they are off to the final stage. It was quite interesting as the top goal scorers from both sides scored their 6th goal; Ellen White and Alex Morgan and yes the race for the golden boot is getting clearer. Who will USA meet with on Sunday, that will be determined today between Sweden and Netherlands. This will be an all European showdown.

De Oranje are in unfamiliar territory appearing in the world cup semi-final for the very first time. This is the first ever match between these countries at a World Cup but they did meet in the 2017 European Championship quarter-finals, which the Netherlands hosted and won 2-0.

Netherlands are favorites to reach the Women’s World Cup Final only four years after their debut in the tournament – at the expense of Sweden who were runners-up in 2003. The Dutch only qualified for the first time to play in Canada in 2015, advancing to the first knockout round before losing to eventual finalists Japan, but they have been on an upward trajectory ever since. Hosts of the 2017 European Championship, de Oranje lifted that trophy and have benefited from a favorable draw this summer in France as they won all of their three group matches and then took revenge on Japan before a 2-0 victory over Italy in the quarter-finals. Coach Sarina Wiegman is unlikely to change much given their current run, so you can’t help but think she will stick to what has been working. Star Striker Vivianne Miedema who is only 22 years of age has already made a big name for herself on the world’s stage by scoring 61 goals in 80 caps and the Arsenal star is likely to lead Oranje’s forward line once again.

Sweden on the other hand worked hard to get here having faced more difficult opposition and while they lost 2-0 to reigning champions the United States in the group stage, they caused a big upset when they ousted tournament favorites Germany despite going behind in the game. Coach Peter Gerhardsson will look to keep the same team as he has had of late, since the saying goes to never change a winning team. The key figures for the Swedes so far have been their center forward Stina Blackstenius and midfielder Kosovare Asllani. Stina continued to do what she does best against Germany, scoring the winner that sent them into the semis; it was the 23 year old’s twelfth goal in 43 matches and the second in the tournament. Kosovare has also scored twice in the tournament while chipping in with two assists.

There is little between these teams in the FIFA rankings with Sweden ranked just behind the Netherlands at ninth place and this should be a tight encounter with the Dutch devoid of the home advantage that carried them to victory over Sweden in the Euros two years ago. Netherlands who have won their last eight matches by a 22-3 aggregate will come into this match in fine form, having won every single match so far at this World Cup but the Swedes are likely to be unfazed by that stat as they go in search of glory themselves. 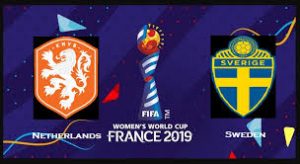