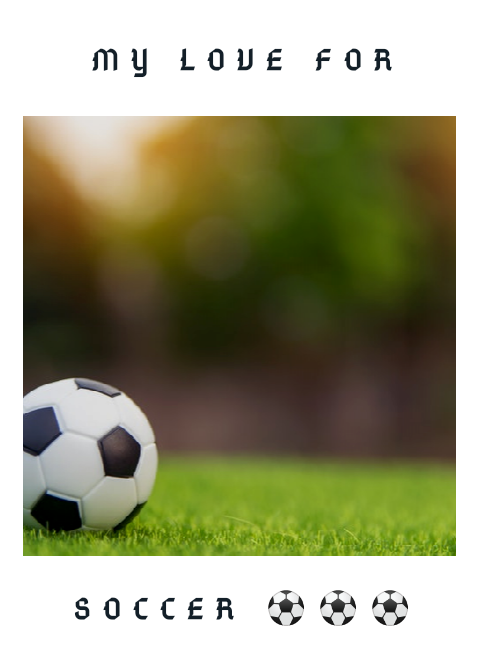 When a friend heard I was writing about soccer and life lessons from playing soccer, he protested. “Your women readers won’t understand the game.”  Really?  The interest in woman’s soccer is surging.  The 2015 Women’s World Cup final was the third most watched football match in history with nearly 23 million viewers in the host country; 750 million viewers were reported to have watched the tournament worldwide.

This is a game I have come to love as a kid having played as the only female among boys like Kolawole Balogun, Koleola Balogun, Seyi Omolade, Sunkanmi Olugbamigbe, my twin broter and some boys too here and there as a teenage girl likewise playing at a timer in the female football team of my department during undergraduate days. I remember someone like Hemjay, I bet she was the best among us then. Her energy was something else. My third year outside the country in University of Parakou, Benin was filled with great memories of playing football among boys with students of the institution. From time to time, here and there, this has been a game I still play when I have the opportunity although commitments I would say have hampered this a bit.

The Portuguese phrase “o jogo bonito” – the beautiful game – sums up for me the sport I’ve been playing and watching since I could walk.  Undoubtedly, football is not always beautiful on or off the pitch.  Greed, ultra-nationalism, tribal passions, and racism can poison the game, and yet I – along with millions of others around the globe – am still a diehard fan.

Even if you don’t have a ball, goal posts, or a field you can still find a way to play the game, e.g. a tin can or a wrapped-up sock can be a ball, and the legs of a table make a fine goal.  Use what you have, can find, or imagine in life and work.  Sometimes the more you are given, the less you try, and the less you try the weaker you become.  Obstacles can be your best friends.

The first time I played football in my street, I was told to be goalkeeper.  I did not do quite well that day, and I wanted to be swallowed up by the mud pools on the field.  But that was one game, and I soon learned what my strength was, better utilized as a goal scorer than goal stopper.  Work on your strengths rather than just try to fix your weaknesses.

Individuals can have moments of brilliance to win a game, but the team that acts as if it is one wins over time.  Mutual respect and understanding, trust, anticipation of each other’s needs and wants, and the joy of playing together keeps a team winning. Work for the team and the team will work for you.

*Keep your head when things get rough*

Let’s be real, if you are good some opponents will want to hurt you, i.e. take you out of the game.  The competition can be fierce, and dirty tricks might be used to gain an advantage.  Don’t retaliate – that will most likely result in you hurting your team by being sent off the field for the remainder of the game.  Play hard, but with your brain fully engaged and your emotions in check. Sometimes, your mental strength will be tested on the field. It is a combination of other skills beyond the actual football skills one possesses.

*Make each moment count for something*

There are many times during a game when you don’t have the ball, but those moments are vitally important.  What you do without the ball is as important as what you do with it.  What open space are you creating for yourself and others on your team?  Are you creating opportunities for your team mates to score by drawing opposition players away from those they are meant to be defending against?  Behind every movement you make should be an idea, a thought.

You must constantly adapt to what is happening on the field, e.g. a change of tactics by the opposition, players shifting positions, a change in the weather, injuries and substitutions. Rigidity and predictability make you very easy to ‘read’ and play against. At the same time, your team members need to know what to expect from you. They need to be able to anticipate your movements.

*The game finishes when it finishes*

In one game, I scored one of the goals which made us win. It was great to feel like a record-breaker for a moment, but success is a fickle friend. A game lasts for 90 minutes (more if minutes are added on to account for time lost through injuries).  After my quick strike, my team became somewhat complacent and allowed the opposition to take control of the game.  Stay sharp, pay attention, keep up the momentum.

*Remember your goal is scoring goals*

I have watched some teams and it is as though they forget the object of the game is to score more goals than their opponents.  They maintain possession of the ball for long periods, but ultimately possession is a meaningless statistic. The only meaningful statistic is goals scored. Measure what counts and forget the rest; keep it simple.

*Don’t expect the path to success will be predictable*

Yes, your goal is at one end of the field, and your opponents at the other, but that is it as far as linearity goes. Players must zig and zag and even go backwards for the team to go forward.  Prepared strategies and tactics are useful, but so too is the spontaneity that can radically change the direction of the game. Take a risk, be bold, and most importantly enjoy!

Then lastly, it is football, we do not always get what we want. Sometimes, we win, sometimes we lose. 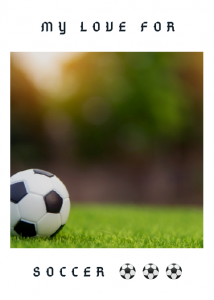 MY LOVE FOR SOCCER.

2 thoughts on “MY LOVE FOR SOCCER.”