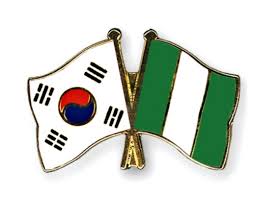 Nigeria and South Korea will be the first teams to play their second games at the 2019 Women’s World Cup when they meet on Wednesday in Group A play. Both teams will be looking to bounce back after heavy defeats in their respective group openers although Korea remain slight favorites. Neither of them is likely to finish among the top two in the group and that makes this encounter a must win for both sides to stand a chance to reach the second round as one of the third-placed teams.

Both teams are yet to register any goal yet in the competition and are going to need them here as a draw will do very little for either side.

Nigeria will be without defender Faith Michael after she was stretchered off in their opening match. Otherwise, they have a clean bill of health.

An opening day 4-0 defeat to France was largely expected for the South Korean side. The big question now is, are they capable of securing at least a third-place finish. They have no injury concerns and will be counting on Ji So-yun, the stand-out player for the South Koreans. At 28 years old, the Chelsea midfielder has 54 goals in 115 national team appearances and she’s South Korea’s all-time leading goal scorer.

In the other contests of the day, we are in for some great matches which are likely to be group deciders. Hosts, France take on Norway while Germany will be battling for group  B supremacy against European  counterparts, Spain.