Today is the last match day of the 2019 FIFA Women’s World Cup and there are two interesting matches billed for today in two all-European showdowns. First, Italy take on European champions Netherland and thereafter, tournament favorites, Germany take on Sweden. Our feature match is Italy vs. Netherlands where both teams will be seeking their first semi-final appearance of the FIFA Women’s World Cup.
Italy’s impressive campaign at the 2019 FIFA Women’s World Cup, their first in two decades, continued as they made relatively light work of China in their last 16 clash to ensure a clash with the Netherlands in the quarter-finals after narrowly topping their group stage. Valentina Giacinti opened the scoring for the Italians in the 15th minute and they were able to double their lead just after the break when substitute Aurora Galli hit the back of the net to seal a 2-0 win. Influential Italy striker Cristiana Girelli is a doubt for this game after she was brought off in the first half of the win over China with a knock and their chances of progressing will certainly be affected if the Juventus forward doesn’t make the match day squad.

The European champions who are looking to add the World title to their trophy cabinet won their fourth consecutive game at the Women’s World Cup as they progressed to the quarter-finals but they had to rely on a last-gasp penalty to see off Japan in their last 16 contest. Lieke Martens opened the scoring in the 17th minute but the Netherlands were pegged back just before the break and after a tense second half in which they found themselves under extreme pressure late on, they managed to earn a penalty which Martens kept her cool to convert. Sarina Weigman’s side, playing at this stage for the first time in their history will need to improve on that performance if they are to progress any further in the tournament.
De Oranje, having won all four of their games at the tournament so far will have their confidence sky high, but it’s worth noting that they have won three of those games by a margin of just one goal. Italy won’t go down without a fight here and we’ve seen their quality so far in this tournament, so we’re looking at another tightly contested encounter between two teams looking to make history. In the other match of the day, Germany are overwhelming favorites to overcome Sweden and book their place in the semis. 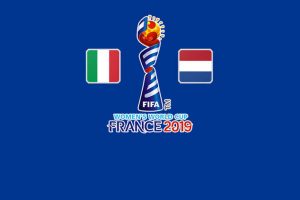