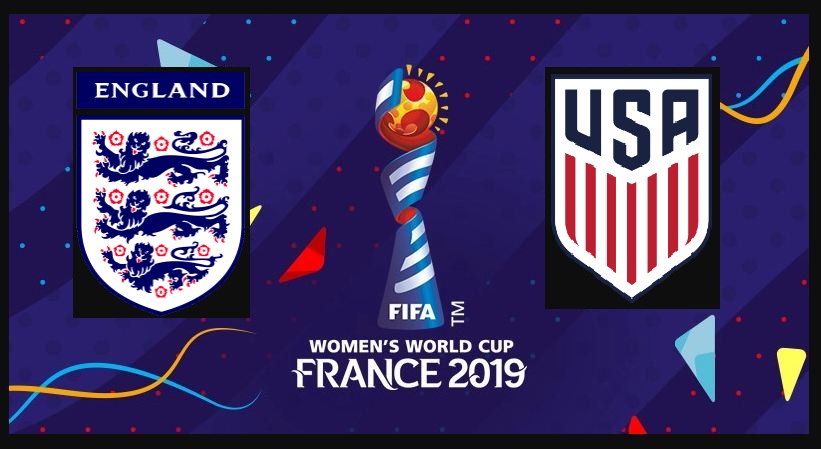 The FIFA 2019 Women’s World Cup is gradually coming to an end and we are presently at the semi-final stage where we have a couple of mouthwatering fixtures to enjoy. England take on the only non-European team left in the competition and defending champions USA while Sweden take on European champions Netherlands in an all European Showdown. The Lionesses will be looking to go one stage better than they did in Canada as they take on tournament favorites USA while the USWNT will be looking to make a return to the final as they look to successfully defend their title when they take to the field in Lyon.

Having knocked out hosts France in the quarter finals, USA are favorites to win the Women’s World Cup although England are seen as the biggest danger to the defending of all the teams remaining in the competition.

Phil Neville’s side have won all five of their World Cup matches in France so far, but the Lionesses will be going into this match as slight underdogs. England defeated Norway convincingly last time out to book their place in the Semifinal. Goals from Jill Scott, Ellen White and Lucia Bronze gave the Lionesses a comfortable win in what finished as a one-sided encounter. Phil Neville’s team who have won all five matches at this World Cup and scored in every match at this tournament will fancy their chances in the attacking third. They have an air of confidence about them but know that a mammoth task awaits them against the reigning world champions. England captain Steph Houghton shrugged off an ankle complaint to start against Norway and Neville should have the full squad to select from as he has no new injury concerns.

USA moved a step closer to defending their World Cup title after they edged hosts France in a thrilling contest in their quarter-final clash to progress to an eighth-consecutive Women’s World Cup semi-final. Megan Rapinoe despite the controversies surrounding her off the pitch continued her fine form in the tournament with a brace in the quarter final against the hosts, her first to open the scoring inside the fifth minute before a second in the 65th minute but France pulled one back to make it a nervy final ten minutes for the Americans. They managed to hold on to set up the last four contest with England with coach Jill Ellis who has a clean bill of health unlikely to make any changes to her side as the USWNT go in search of their fourth Women’s World Cup title.

The United States will be bidding to become the first side in history to reach the Women’s World Cup final for three consecutive times but England stand in their way. Only one team has ever defended their world title with Germany claiming back-to-back crowns in 2003 and 2007 but the USA will move a step closer to doing that if they can overcome the Lioness in their semi-final encounter. The Lionesses have improved as the tournament progressed and they will fancy their chances of ending the world champions’ reign but it will not be easy. We look forward to what promises to be a thrilling encounter. 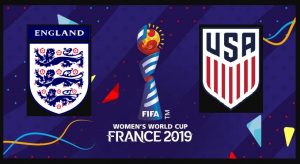