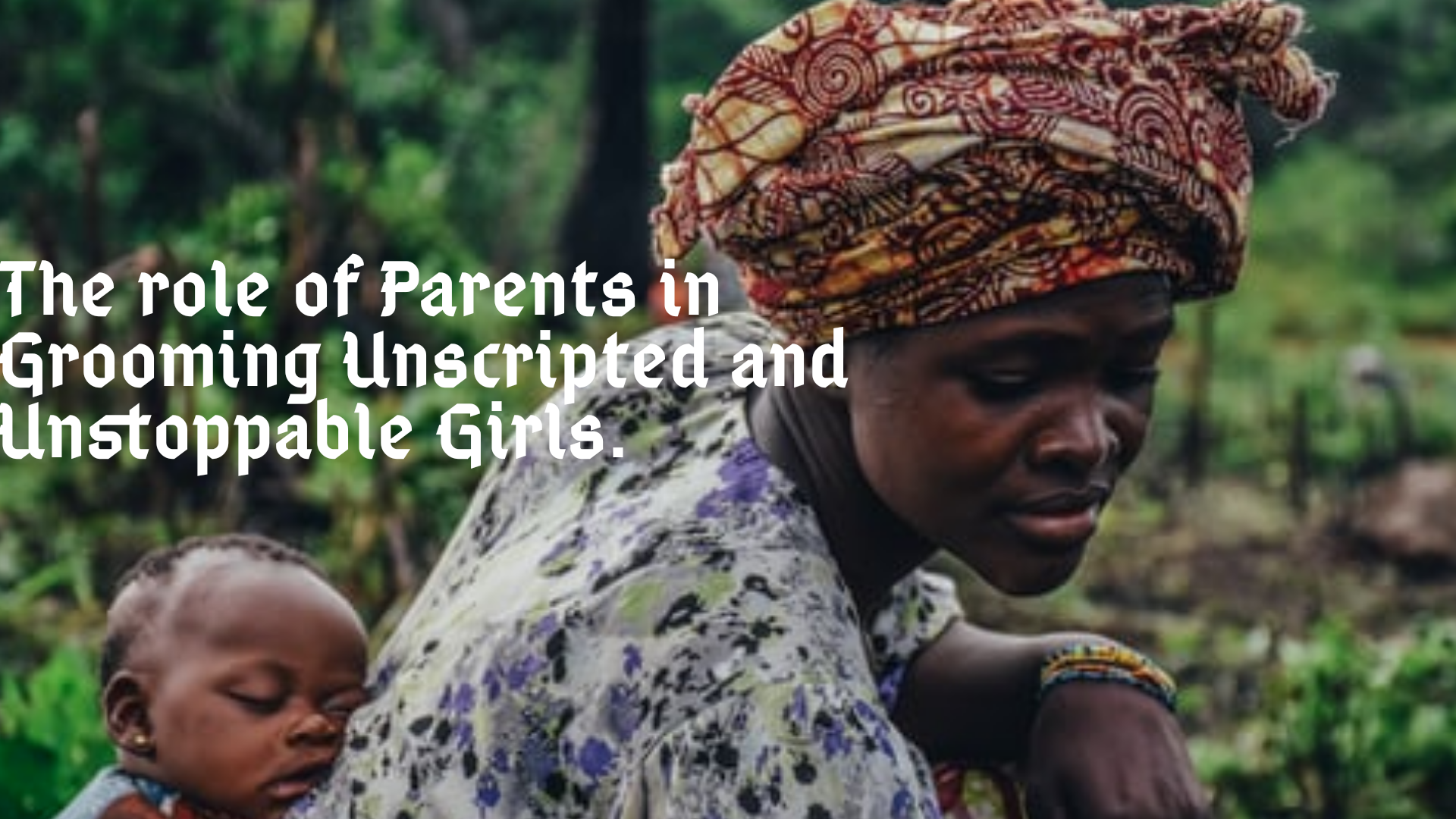 Some weeks ago, I was invited to speak with a group a individuals on the International Day of the Girl and when I realized I wasn’t going to be speaking to a group of young girls, it birthed the idea for this post. Most times, gender advocates love to speak with and inspire young girls because they are the ones who have tons finally realize who they are and what they’re meant to be but my interactions lately have shown me that beyond talking to these girls, we also reach them by interacting with the people who have the biggest influence over their life. So this months, this will be our focus.

Under normal circumstances, no one influences a child’s life more than his or her parents. From birth till adulthood, our parents are an undeniable force and a voice of reason in our heads. Our first morals and lessons were from our parents and till date, some of us still consult them from time to time for seasoned words of advice.

I would like to use this opportunity to appeal to parents and parents to be. We have long complained about the standards that society set and how it has been so tiring to live up to it but the truth is that society didn’t just appear from nowhere. It is made up of families and families are headed and run by parents. Many of us grow up with what we are taught and we live with this until we are convinced to believe or think otherwise. Some of us are so loyal to the beliefs our parents handed down to us that it almost impossible for us to do away with it even when someone tries to convince us with superior arguments. That’s how deep parental conditioning goes.

Imagine if our parents raised us to see women as equal to men. Imagine if we were raised to see ourselves as deserving of respect and happiness just as men are. Wouldn’t we have less things to fight for. Part of gender advocacy is actually letting the girl realize her worth first before telling society to recognize it. This is because if you are fighting for someone who does not think she is worth fighting for, she may fight you or resent you for fighting for her. But take a second and imagine if mummy and daddy told her the truth and raised her as an unscripted and unstoppable girl. Imagine if she knew that she was born to lead and her dreams are valid. Imagine if she’s raised to see that marriage is not the biggest or most important achievement she can ever attain..

It is often said that it is easier to raise children than to mend broken adults. This is why I have come to realize that the future of advocacy lies in parents and would be parents deciding to raise their children up to see both genders as equal and complementary. The good book says that when you train yourself a child in the way he or she should go, when s/he is old, s/he would not depart from it. Changing an adult’s mindsets is one of the toughest challenges I have encountered during the course of my work and this is because adults are difficult to persuade and convince. Sometimes, even when you point out all the flaws in their logic or belief system, pride or the fact that they have believed this for so long would prevent them from making the shift and believing differently. They would rather hold on to the views they grew up with and wouldn’t want to ask why things are that way.

But children are not that way. They are open to learning and correction especially if you are a good parent or caregiver. Hence as potential parents, we have a lot to do in grooming the next generation of Unscripted and Unstoppable Girls. We can start from the young girls around us today. I am sure that right now, a lot of us have girls in our lives that are accountable to us directly or indirectly. We should see to the grooming of these young ones and help them have a clear understanding of their identity. We should never let them question their worth or equality and we should always endeavor to make sure that they always give life their very best.

Let’s not join those that discourage girls from studying STEM (Science, Technology, Engineering and Mathematics) subjects and learning things that were long before known as male dominated fields. We should applaud ourselves girls and cheer them on in whatever interests they have. We should not stifle their dreams or shut them down. Let us see more engineers, lawyers, neurosurgeons, athletes, architects, pilots, soldiers and world leaders emerge out of these ones.

Finally, I would like mothers and potential mothers to stop pressuring girls to marry or raising them with the mindset that all they learn or do is just so that they can get married. It is not a healthy way to raise the girl. Train her to be smart, kind, domestic, caring, and so on because it makes her a better person and an individual who can look after herself. Don’t train her just because being a wife is the most important thing she would amount to. This is because not every girl would marry but every girl can be fulfilled if they knew that they could do great things with or without marriage.

THE ROLE OF PARENTS IN GROOMING UNSCRIPTED AND UNSTOPPABLE GIRLS.