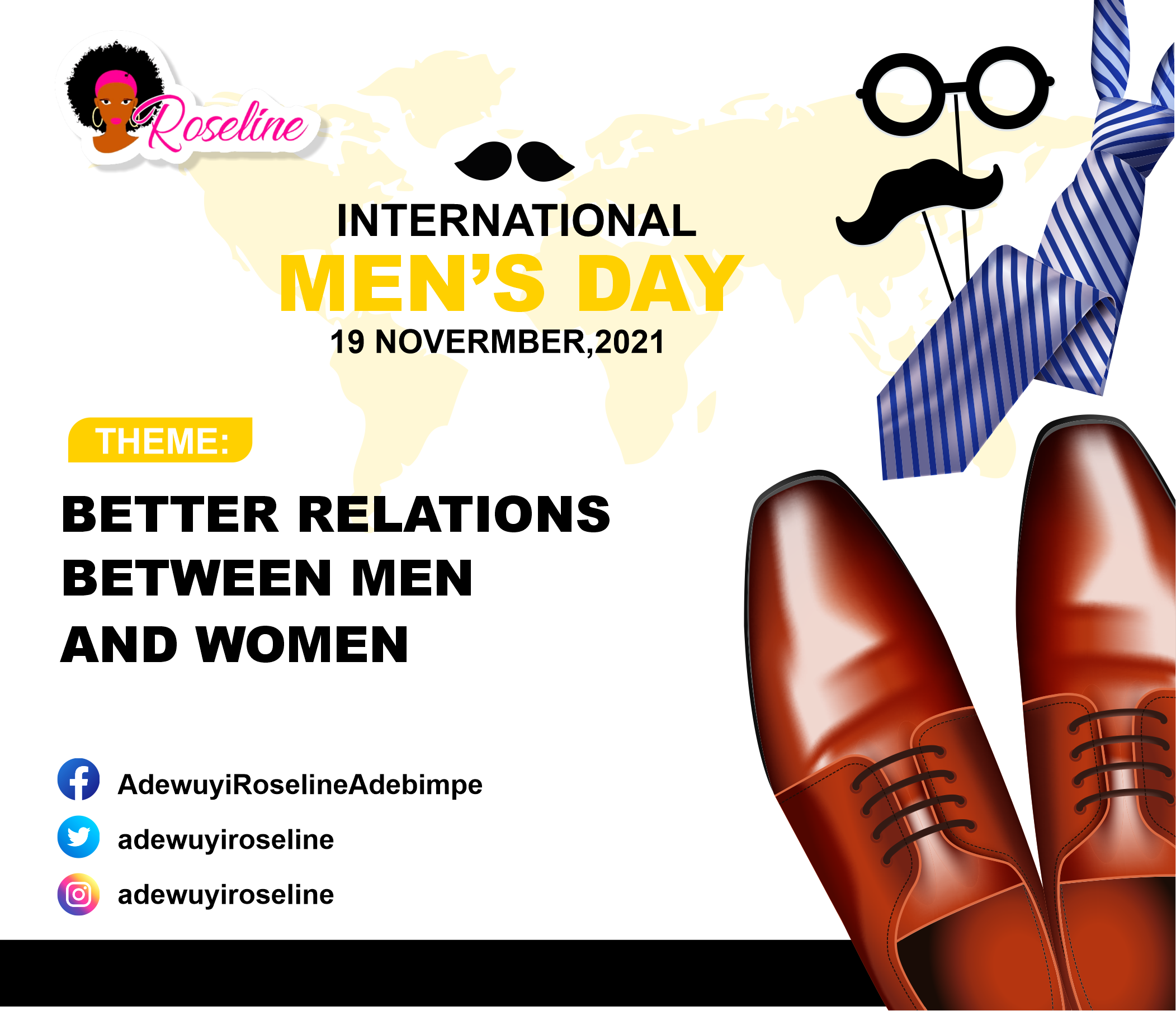 International Men’s Day is observed today. It’s a day that honors men’s accomplishments while also attempting to identify methods to improve men’s mental, physical, and social well-being. Gender equality is one of the pillars of the international men’s day celebration. Gender equality, according to the United Nations, can only be accomplished if both genders work together to secure equal rights and access for all. The topic of this year’s International Men’s Day is “Better interactions between men and women,” which aligns with this viewpoint.

The topic for this year is a call for more men to collaborate closely with women in society and in all aspects of life. It promotes men to have better professional and personal relationships with women. Women must be treated in the same way that they expect to be respected. To perceive women as allies or as persons who share their desires. They don’t regard them as beings they can’t comprehend or cooperate with. This will have a significant impact on how they interact with women in their life and at work. It will also have an impact on their perception of female leadership. And there’s no telling what we can accomplish when men and women work together.

It’s disheartening to watch people constantly trying to incite gender battles in the guise of advocacy, or pitting coworkers against one another on the basis of gender. The never-ending struggle over which gender is more productive, leads better, or deserves a seat at the table should be avoided at all costs. Instead, we should see more men and women collaborating and supporting one another.

We can only win the struggle against gender inequality if we do in this way. Granted, males appear to have the upper hand in many sectors, particularly science, technology, and leadership, due to the way things have been in the past. But things are changing quickly these days, with more women in positions of power such as directors, prime ministers, CEOs, and vice-chancellors. These adjustments are both essential and appreciated. It demonstrates that our culture is evolving and that we are rejecting old methods of doing things. All hands-on-deck means that the work is done better and faster.

There has never been a better time to collaborate than now. We’re just getting back on our feet after a global pandemic, and we’ve seen that the countries who used all of their resources (men and women included) and responded quickly fared well. Nurses, doctors, paramedics, legislators, large corporations, and governments all came together to put in place measures. Both sexes collaborated to ensure that people were cared for safely. To make things work, we need more of these close relationships.

When men and women combine and form close bonds, we’re stronger and more effective, like a bundle of broomsticks connected together by a single cord. Happy International Men’s Day.