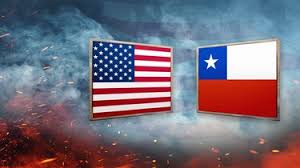 The USWNT continue in their quest for a fourth overall FIFA Women’s World Cup title and consecutive titles as the take on tournament debutant Chile in the second round of matches in Group F on Sunday. Jill Ellis’ side set a couple of records tumbling in their first match where they thrashed Thailand. In that match, USA set a record for most goals in a game, most goals in a half and biggest winning margin, and they also had seven different names on the score sheet. Alex Morgan also tied the record for most goals by a single player in a World cup game by plundering five and is presently the top scorer in the competition despite playing just one game.

Controversy continues to trail the USWNT’s excessive and seemingly inappropriate goal celebrations though, but there’s no argument whatsoever about their ability to create and score goals. Chile have on their hands the unenviable task of stopping this USA side! La Roja Femenina are currently ranked 39th in the world. To put that in contest, that’s 5 places below Thailand who were humiliated 13-0 by USA last time out. It is interesting to note that they were deemed inactive as early as 2016 having failed to schedule a match for two years; they deserve credit though for the remarkable turnaround.

Chile will be playing in just their second ever FIFA Women’s World Cup game and they will hardly get a more difficult task than facing the best team on the world’s biggest stage. They are winless in their last ten matches and that trend is likely to continue barring a big upset.

The concern for Ellis will be whether to rotate her squad or not. She does a wealth of talent at her disposal of she decides and with two of her three substitutes against Thailand finding the back of the net, the side boasts incredible depth. Regardless of who makes the lineup against Chile, this should be a routine win and anything short of that will be regarded as a shocking result.

In the other match of the day, Sweden will be harboring hopes of running rampant as well as they take on battered Thailand who need to at least get a point to keep their chances of qualification alive. That however, is easier said than done. 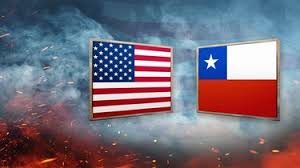