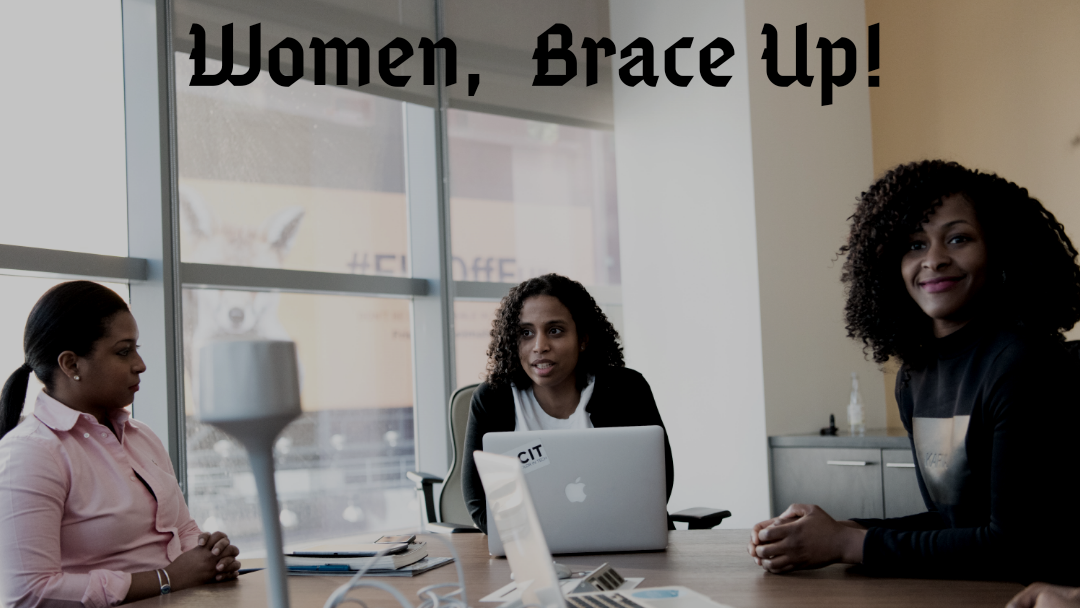 “Sir, you wanted to see me,” Lisa asked, knocking on the slightly open door and poking her head into the HR’s office.

Why didn’t you put in your application?,” the HR manager said, gesturing Lisa to the empty seat in front of him.

“Sir, me?” Lisa asked, walking in, sitting on the chair and bending her head shyly.

“Yes you,” the HR manager said, “That spot was an easy grab for you! I’m not supposed to say this but I nearly tossed everyone else’s application in the trash. Why do you think I kept extending the deadline?”

“The board of directors asked you to?” she volunteered, looking up at him.

“No!” he cried, “I was waiting for you to submit your application!”

“Oh,” she said, bending her head briefly and then looking up at him again.

“Look, Lisa, this is the second time you’re passing up an opportunity and I don’t think it’s great,” he said.

“When… when… was the first time sir?” she asked, picking her words slowly like they terrified her.

“Lisa! Are you kidding me right now?” he asked, nearly frustrated.

Lisa straightened and bit her lip then, she made to speak:

“I didn’t know that I was supposed to apply sir,” she said.

The HR manager angled his head and eyed her warily,

“You don’t think you’re good enough, do you?” he asked, “Because you’re female?”

She made to speak but he held up his hand.

“Before I hired you, I went over your resume and noticed that you once worked in a place where women were stifled. They were never encouraged to aim high or reach the peak of their careers. They had this unspoken and unwritten rule about women stopping at certain levels. They did it so much that their staff began to internalize it. At first, I worried that you might have embraced that idea and so I spoke to one of the members of the board about it. But they asked me to hire you regardless, that in time, you would change your thinking. But that if you didn’t, it was at your detriment, not ours. Now, I’m afraid that the way you’re shortchanging yourself is affecting us also.”

“Sir, how did you know about my experience t-t-there?” she asked, eyes watering.

“Because my overly ambitious cousin worked there and in six months, she nearly lost it,” he said, “She couldn’t cope. She’s a nonconformist and so she had to leave. Now, she works with the United Nations.”

“That should be you too! We are not them, Lisa. We’re not one of those people that relegate women to the background. Here, we recognize everybody’s effort and capabilities. We also recognize your qualifications and how much you’re willing to bring to the table in order to make the vision of this company succeed. So far, you are qualified and over the past years, you have worked harder than everyone I know here and so you deserve a spot in management!”

“I’m sorry,” she said, trying to force herself to be composed.

“There’s nothing to be sorry about,” he said, smiling kindly, “You needed to let that out. And like I’ve always said, my office is a no judgement zone. I’m on your side – always.”

“No problems Lisa. So you go on to your office, freshen up and mail me your application for Senior Manager of our campus branch. Let it be sitting in my mailbox by noon.”

“Thank you very much, sir,” Lisa cried, dabbing her eyes and walking out excitedly out of the office.
***
Sometimes, women think that they are undeserving of leadership positions maybe because of past experiences or because they’ve been groomed to think that women don’t lead. But that’s not how it should be. Leadership is not based on gender but based on what you have to offer and what you can bring to the table. If you have been doing great and are qualified for a certain height, go for it. Don’t let fear or the societal script stop you. You can lead. You are not supposed to always play a supporting role. So long as you are qualified and have the necessary experience, you can head your division or unit. You can also head an entire company, state or country. Yes, you can. Why? Because you’re smart and awesome and full of great ideas. And you deserve to lead just like men do.