TOGETHER WE CAN-THE NEW FEMININE ANTHEM

Recently, a hashtag trended in the U.S twitter space that reads #hersuccessisnotmyfailure. It was another feather to the caps of a new movement already generating waves in the U.S.A., the idea of women supporting women. In her latest post on her blog, HerViewFromHome, Heather LeRoss said, ‘I am a woman who champions my friends. I want nothing for them than to be successful, happy, loved, safe, and healthy…’ Interestingly, while speaking at Sworte Talk 9, which held at the Muson Center, Lagos, Toyosi Akerele shared these same views. Something is evident; the successful women have finally awakened to the fact that it is a duty on them to build a generation of women who are equal to anyone, not by virtue of a diehard desire for power, but by total inclusion in all ways of life. The time has come ‘Oro’ stopped hiding in the darkness to deny the woman. What one can see, all should see.

How do we get there? Women, quite astonishingly, have over time become the judges of women. Despite being a group that’s powerfully courageous, women are also a group of people that are all too hard on themselves. They judge virtually everything—themselves, the way of things and even others. It has become something that comes naturally to women. From playing the comparison game to allowing jealousy and hatred to limit using other successful women as a yardstick for growth, women have become too conscious of the self that they went from united to divided. How do we save the chick that roams the land under the prying eyes of the hawk, when it had all but despised the fostering of its mother?

The time has come when women did more than judge one another, when women would stand behind other women, even in times of mistakes. It is not celebrating evil or supporting immorality; it is rather lending such support for someone sunken in the abyss of an infamous past to grow from her mistake rather than dying for her yesterday. It is okay to criticize but not such that we leave the woman to continue to disgrace womanhood and become an excuse for charlatans to abuse other women, rather, it is to not give up on the straying finger that exposes the fist to defeat. It is to stay constantly on her without necessarily spreading her dirty laundries out in the open until she realizes the wonderful virtues that womanhood pride upon. Let’s face it; men would offer but little support, especially if there continue to be something to gain. And there will always be something to gain as long as a woman is left vulnerable.

I was opportune to be at TechPoint Inspired 2018, which recently held in Lagos and even more blessed to listen to women who are making waves in their chosen career. The first woman to blow my world was Adebanjo Omokehinde who was the country director of Mastercard before Rolayo Akhigbe of FCMB wrapped it to a present and finally, putting a ribbon on it was Juliet Ehimuan of google. While their deliveries were a joy to the brain, what I found more relaxing was their readiness to see more women become CEOs, tech gurus and positive disruptors of the tech and future space. By the way, do ladies know that STEM (Science, Technology, Engineering, and Mathematics) subjects are now being taught in indigenous language across Nigeria by a group of people headed by a lady called Cynthia Adaeze Chinule? There are many more currently dominating their niche and willing to reach out and help more ladies understand, the argument ladies make is, they are difficult to see. Yes, they are and we all should know why. By the way, Adaeze was at TechPoint Inspired 2018 too.

It is difficult a child standing in a crowd of adults, but that is when the little lad does nothing. If he were to arrange a platform for himself to stand upon, then he’d become taller than some of the adults around. Being seen becomes inevitable. Let’s face it, Omoke is the head of MasterCard in Nigeria and across four other West African countries, do we really think she’d have that time to forage through the country in search of girls to support. Yes, we do. It gets interesting. We think she should because we have refused to acknowledge the fact that the elders would carry a child that gestures to be carried. Do not seek help if you haven’t made an effort. She’s a mother, a career woman and then she’s herself and between these three, she must find a balance and yet we want to burden her with a cross-country search for girls that refused to speak out and present themselves to the world. When did reality become so big a mirage?

There are of today, many women who are ready and willing to champion the development of more women but no matter how much you push a horse, if it does not desire water, it would not drink of the river’s offering. It is time that the women world wake up and give their forerunners a content worthy of fighting for. When it has become that there are more women living about the love of class to attain success, then empowering women by the successful women would become more successful. Class will certainly come with success; it should not be the first step of a journey of a thousand miles.

Oro- Oro is a rite common in Yoruba land during which women are not permitted to move about. 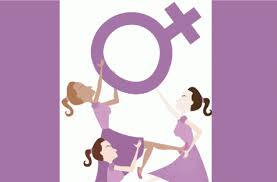 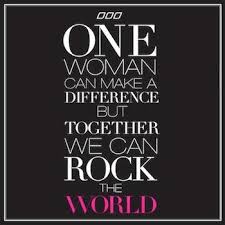 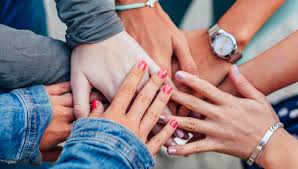 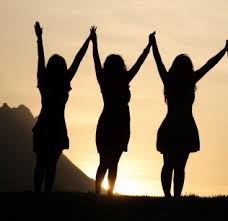 Together We Can-The New Feminine Anthem