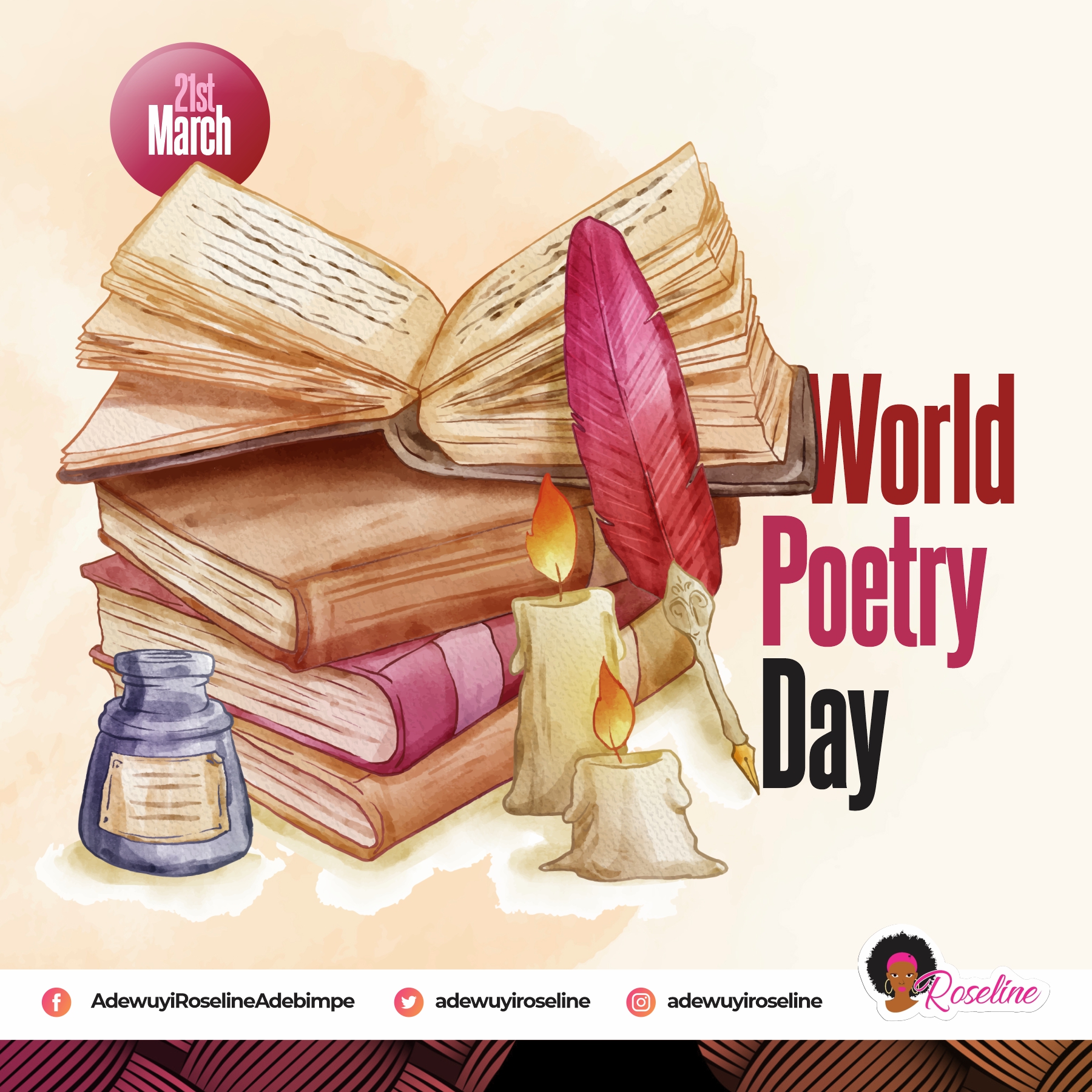 World Poetry Day is celebrated on the 21st of March every year. To commemorate this event, I will be dedicating it to the celebration of womanhood and I will be posting a poem by Aina Ayomide.

And whenever they raise their voice to say;
“She’s a vice, a vixen, and a problem to solve”
Raise your voice higher and say
Who should be first and who goes next isn’t yours to say
“You are the head and not the tail” is what God had to say
And problems are never in His image, only solutions are!