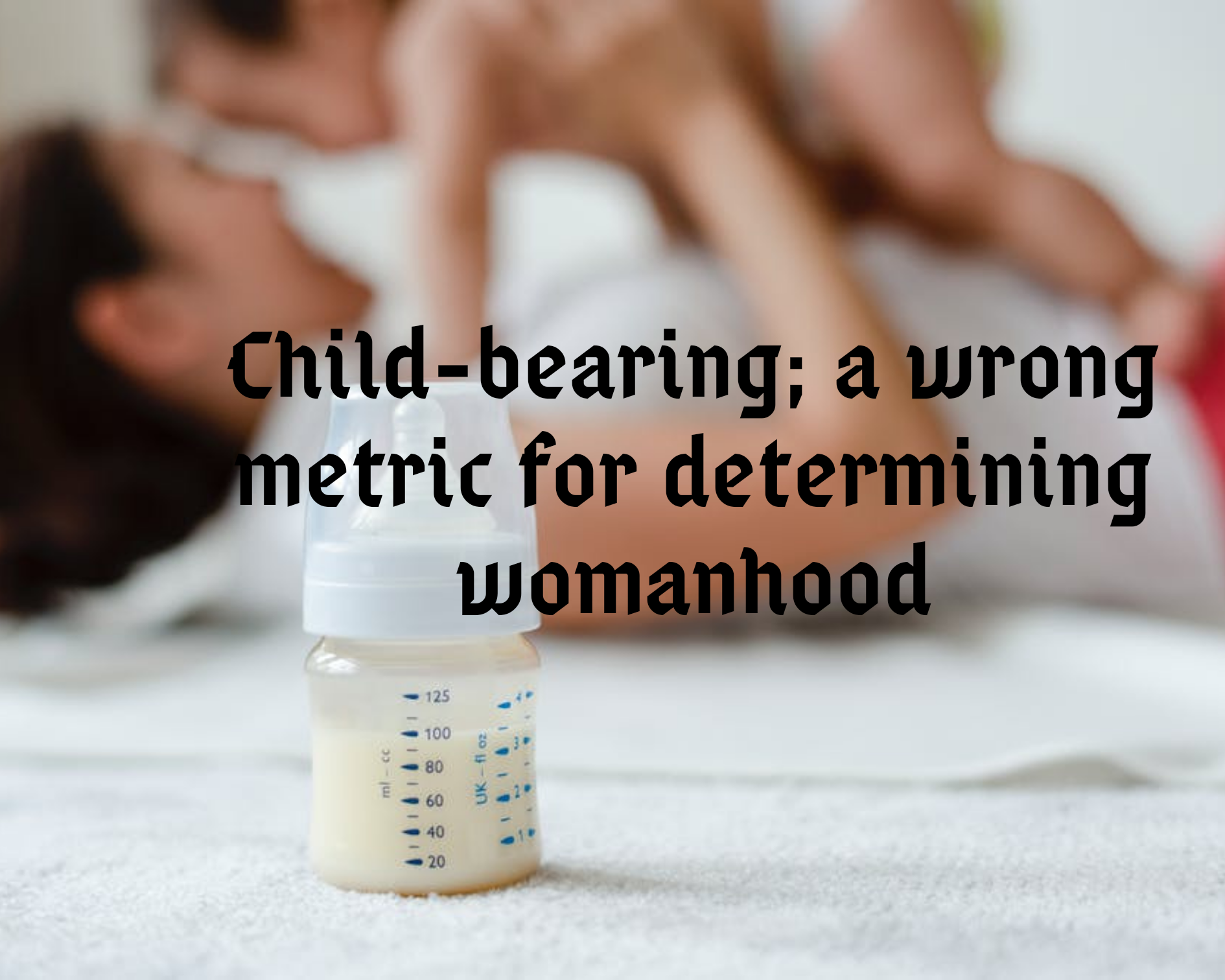 roselineJuly 14, 2019August 23, 2019CultureChild-Bearing, Daughters, Family, Feminity, Motherhood, Sons, Womanhood, WomenNo Comments on WOMEN WITH ONLY DAUGHTERS ARE NOT LESS; CHILD-BEARING NOT A METRIC FOR DETERMINING WOMANHOOD

Jeremiah hissed at his wife turned, walked out of the hospital and drove off leaving mother and his fifth daughter to sort themselves out. Tears ran down Angela’s face. Why was their having girls her fault? Why couldn’t he just accept that children were not hers to give but nature?

Jeremiah and Angela had been married for seven years. After their fourth daughter, Jeremiah had started withdrawing and becoming distant. When she asked him what was wrong, he didn’t say anything to her. Sometimes, he would get upset at her question and leave the house again.

He wasn’t much of a drinker so Angela was surprised when he came home one day, drunk. Their last daughter was barely five months old.

“What is wrong?” she’d asked him, kneeling and crying.

He’d shaken her off and gone to bed.

The next day, she complained to her friends at work. They told her, “See its just because we like you o. But the truth is Your husband is doing this because you have no son. Don’t be surprised if he has a side chick outside. You know that men don’t like to have their lineage cut short.”

She’d cried her heart out that night. She couldn’t bear the thought of losing her husband to another woman just because she couldn’t bear him an heir to continue their family tree. After a few weeks of crying and feeling sorry for herself, she started going for medical check ups.

“It’s the man’s chromosomes that determines the gender of the baby,” the fertility experts said, “we can give you a few tips on how to increase your chances of having a boy next but none of this is 100% accurate. For this to be effective, both couples should be present.”

She begged Jeremiah to go with her to one of the sessions so that they could learn what might work for them, give them a child and save their marriage. He refused to go. And asked why she was blaming him for their son-lessness. That period was so difficult for her. She begged and begged. Reluctantly, he agreed. They took the advice of the expert. Within months, she conceived. They were both very excited.

Feeling very lucky and optimistic, Jeremiah cheered up. He started coming home more often. He stopped drinking. He even brought gifts for her at random and would compliment her cooking and peck her occasionally, something he hadn’t done in four years! Angela was happy with the change. She felt like when she did when she first met Jeremiah. Everything was perfect.

The pregnancy was uneventful. It didn’t give her problems like any of the last ones did. It was so obvious that this baby was a miracle baby. He was so healthy. She was barely sick or weak. She didn’t tire easily like other pregnancies did her. They bought baby clothes and kept special things for the baby. On the day of delivery, Jeremiah had to go somewhere. When he came to the hospital, he drove in with a new car about to welcome his wife and first son home.

When he walked into the maternity ward and he was told, “It’s a girl!”, he just turned and walked away. He refused to settle the medical bills. For days, He refused to take his wife’s calls. When he finally did, it was to tell her he will pay for the bills but she was never coming back to his house. She should carry her and her five girls and find where they would be living.

Why do people see a woman who has only female children like she has done a world of wrong to her husband and to society? Why do people keep blaming the women for giving birth to girls all the time when science clearly tells us that it is the male partner that determines the gender of the child? Why do we act like girls are not children who deserve to be celebrated or accepted with joy and gratitude? Why this inequality? Even yet why do we feel like a woman who is sterile has no value? Some families will even disregard the opinion of a woman who has not even given birth in her husband’s house. She is not less of a human or woman after all. Sometimes, the issue could be from the man but why do women keep being the victims? In my local language, there is a saying, obinrin ma ri aye wa ooo (Indeed, this world for women).

Let us accept our girls the same way we accept our boys. Let us understand that true legacy is not in who you leave to carry your surname but in the impact you make in society. Let us focus more on being better people, living full meaningful healthy lives and contributing to society than getting upset or treating women badly when we can’t or are not able to have male children. 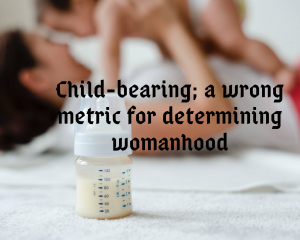 WOMEN WITH ONLY DAUGHTERS ARE NOT LESS; CHILD-BEARING NOT A METRIC FOR DETERMINING WOMANHOOD