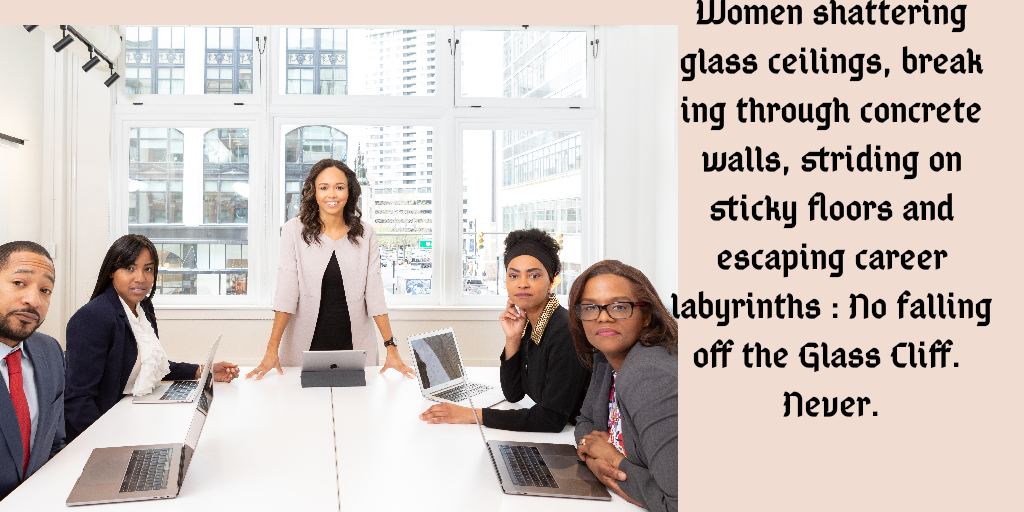 Victoria is the only single woman living in Lincoln estate, the most expensive estate in the country. At 23, she drives a G – Wagon and works as a managing director of a very lucrative firm. Rumor has it that although she has two drivers, a laundry man, a housekeeper and two chefs, she has two personal assistants whose jobs are to read to her when she’s having a warm bath and file her nails. But she has none of those. Just a housekeeper, driver and a security man.

Everyday as she drives past, mothers huddle their female children inside because the kids gush at her in awe and admiration because she’s very beautiful and her car speaks class.

“You will never be like her,” they chastise, turning the heads of the innocent little ones away.

To their sons, they say,

“If you see a woman like that, Run! She will never give you the respect or honour you deserve!”

Every evening when she’s driving back home, young men drinking at the bar just before the estate point at her and spit on the ground. Though the wound up glass, she sees their lips moving and their arms vibrating. She feels their rage and outbursts. Although she can’t hear them, she knows what they’re saying. It’s nothing she hasn’t heard before.

“Ashewo! Only God knows how many men you slept with to be able to get that job!”

“Because you have sugar daddy, you now live in a big estate ALONE!”

“You’re nothing but a cheap prostitute! Selling your destiny for car!”

As always, all their words fall to the ground like sprinkled water gliding down a great rock. She’s impervious to their false accusations because over time she has grown a thick skin.

“People would misunderstand you,” her mentor once told her, “They will judge you even before they get to know you because you’ve refused to live up to society’s expectations. So expect the insults. Expect the harsh treatments. Don’t let it get to you. Keep doing life on your own terms.”

That’s the best advice Victoria has ever received and she keeps slaying her dreams regardless.

Her parents are not very supportive, as is expected. They are core Africans like most. Her father stopped visiting her last year when she moved into the estate after her recent promotion. He couldn’t understand why a woman would exalt herself so much or make it obvious she had money to spend. How then was a man going to impress her? What was left for the man to do?

Her mother would pretend she was going to the village (for fear of her husband’s wrath) and then come spend the weekend at Victoria’s. During those three days, she would fast and pray and anoint Victoria with all sorts of weird smelling oils she got from various powerful prophets.

Although Victoria finds it ridiculous and annoying every time, she endures it because she knows mother means well. Plus, mother staying in the estate means she would rest from pounding for father for a few days and Victoria is happy to be the refuge the she seeks when she’s stressed.

At work, her male subordinates sometimes challenge her authority and question her orders. At first, Victoria used to think she had to be meek, humble and soft-spoken and massage their egos or be apologetic of the fact that she was their boss although she was female.

These days, she has learned that it’s not right for her to feel that way because she earned her position. She doesn’t have to be sorry for it even if some people are offended about it. Now, she gives her directives with authority and queries anyone who dares defy her orders.

Her fellow directors and key shareholders of the company are very supportive and loyal to her because she has proven her worth over time and so far, she’s the best managing director they have had in a long time and of course, she makes them millions of naira every year!

When journalists and TV or Radio reporters come to interview her, they ask when she’s getting married, if there is a man in her life and if she’s bothered about it. She often dismisses their questions with, “How’s that related to my corporate success or what the interview is about?”

The first time she used that comment, earlier this year, it gave her the tag “Bitter Single Lincoln Estate babe” for two weeks on social media. People kept asking her to tone it down or else she would remain unhappy and single till 43. Seeing those comments and posts only made her laugh. She has come to realize that that’s what society loves to believe – that no matter how successful or accomplished a woman was, she would always drench her pillow every night if she had no man to share her life with because her ultimate purpose in life was marriage.

Why do we see strong women as abnormal? Why do we see them as threats or something our young girls should not aspire to be? Why do we think that successful women must have slept their way to the top? Why are we offended when a woman wants to live life on her own terms? Why do we think ladies that are independent financially will never get to have a good and successful marital life? Why do we think a lady should tone things down so that she will get a man to the detriment of her own happiness and dreams? 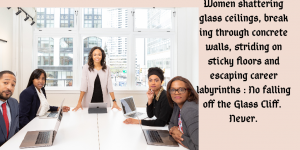