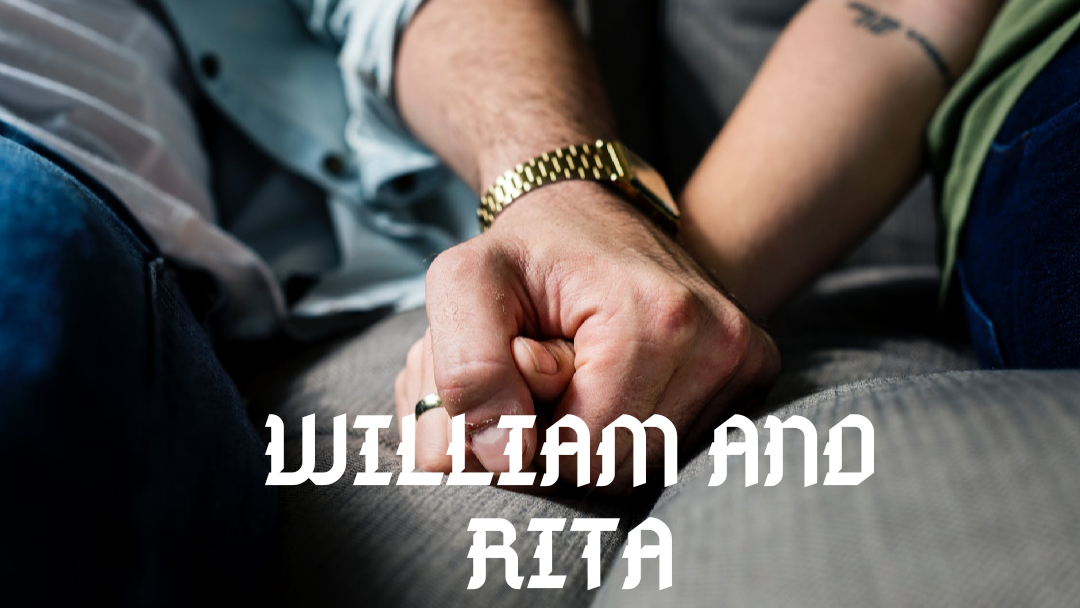 William and Rita have been married for three years. William has been comfortable with being the breadwinner while Rita stays home and does the chores. Rita has always wanted to further her studies and join the workforce. After the birth and the weaning of their second baby boy, she asked for William’s permission to return to school. He blatantly refused noting that she has no need for more education. He was able to provide everything they needed as a family since he was the man – the head of the house.

As the days went by, William started to become irritated and restless. He would leave for work very early in the morning only for him to return late in the dead of night when everyone was asleep. Sometimes, he tossed and turned in his sleep, startling everyone with his incoherent groans in the middle of the night.

One night, around a quarter past the hour of eight, he staggered home, dead drunk. While he was trying to force the front door open, he fell and lost consciousness. Rita heard the struggle and opened the door. She was shocked to see the limp body of her man. She screamed, calling the attention of their neighbours who gathered in droves, in no time. With their prompt assistance, he was rushed him to the hospital. The doctors rallied around him, doing their best to stabilize him.

While the doctors were working on him, a programme came up on the TV; it caught Rita’s attention. It was a talk show and they were talking about women empowerment. The focal point was mainly to ensure that income streams should not be paused or hampered when male spouses were away or invalid.

Rita was fascinated by the concept. Gingered by the discussion, she decided to start up something on her own. Everyday, after dropping off the first born in school, she strapped the younger son on her back and went to look for work. After a few days, she’s got a job as a secretary. She also signed up for a free online program.

When William regained consciousness, being a workaholic, all he requested were started his briefcase and a pair of polished, ready-to-wear suit. Rita held his lips gently and said, “You’re not fit to work yet, my love. Not for another month or so.”

In all the times they’d been together, Rita had never touched his lips with her hands. The most she had ever done was to take his hands in hers shyly when she was promising to be with him forever. Now, she was not only touching his lips without fear, but she was also talking back at him instead of scurrying to cater to his endless whims.

He looked at the tiny tubes running from his veins to the drip stands. “Maybe my sickness is what is making her do this,” he thought.

Apart from the unprecedented change in her behaviour, he also noticed that every morning when Rita took the elder of their boys to school, she never returned to the hospital until it was time to pick up their son from school.

He was piqued by her seeming “absence” from his side and when he asked her about her whereabouts, she said, “Oh dear husband, I have to work. The company only sent money for the first week. We need more than what the insurance covers.”

Although he didn’t like the idea, he understood. After all, he was sick.

A month and a half later, he was discharged. He could return to work as well as he pleased only that he had to get more rest so he wouldn’t be break down again.

As soon as he woke up early the next day, he was surprised to see his wife up already studying.

“Rita, what are you reading for?” William asked. He never knew her to read anything.

“Oh, I have a mid-semester quiz coming up soon,” Rita replied, looking up from her books briefly, “I really want to do well so I don’t have to retake it.”

“Mid-semester test? I don’t understand. Rita, when did you get into the university? And without my permission!” William asked, scratching his head.

“I realized I don’t need your permission anymore William,” she replied, “I kept asking for your permission and you never let me. Look where it got us? You nearly died of exhaustion! I can’t let that happen anymore. I’m going to work! I’m going to school! We’re going to handle the bills of this house together and that’s all we have to say about it.”

William’s mouth dropped as soon as Rita finished his speech. This was definitely not the submissive timid young girl he had married! It was a sober William that went to work that morning. He barely touched his breakfast and he just kept wondering if his government had just been overthrown because of his brief illness. He was torn between fear and awe. Fear that his wife was no longer under his control and awe that she had become a force to reckon with!

Men living in this present patriarchal world need to be empowered or educated to be able to cope with or handle empowered women otherwise they would feel threatened by women who are suddenly realizing their rights, possibilities and gradually living up to their full potentials. If these men are not educated properly, they would be afraid or perceive the women wrongly. They need to realize that more power to the women, does not mean less power to them. They also need to learn to relinquish control, the need to always be the authority and the need to pretend that everything is fine and the perks that inequality bring inequality. Instead, they need to embrace partnership, equality, humanity and everything beautiful that female empowerment seeks to achieve.

6 thoughts on “WILLIAM AND RITA”