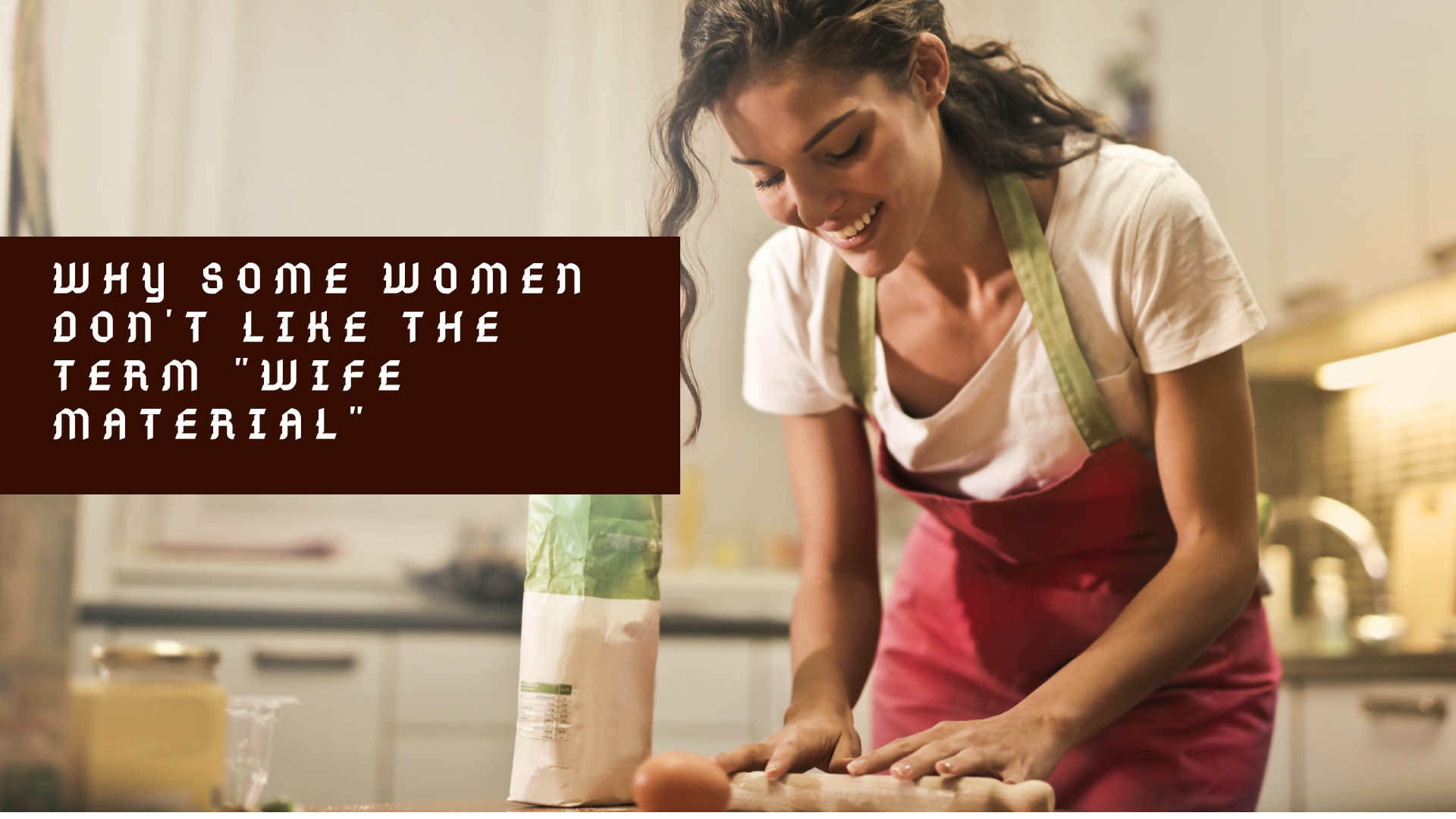 roselineMay 4, 2020May 4, 2020CultureAchievement, Conditioning, Marriage, Stereotypes, Wife Material, Women2 Comments on Why Some Women don’t like the term ‘Wife Material’?

A lot of people, including me, have never been comfortable with the “Wife-Material” tag. The reasons are quite glaring.

When an average Nigerian calls you a wife material, they mean that you are a perfect definition of society’s stereotypical woman. They see you as someone who is living a script, not necessarily as someone whose personality they admire, but someone who would fit into the descriptions of someone else’s future demands.

Wife material, in the view of many, is a measure of how domesticated a woman is. It seems that is all a woman entails as if women should fit into a box the society has designed for them. Sometimes, it feels like being coerced into following some set of rules that one is not comfortable with. It feels as if one’s essence as a woman is subsumed in the definition of the tag.

When some women revolt against the idea of wife-materialness, people argue that they are anti-marriage. But the truth is, that is not always the case. They are only uncomfortable with what the phrase represents. They are displeased with how it paints women as beings who should only be seen in a given domesticated way. It also suggests that women are to live with society’s pre-written scripts for them. It also depicts sometimes being seen with the lens of how domesticated a woman is.

Another school of thought suggests that the tag isn’t in itself entirely wrong, and thus, we don’t need to reject it. Instead, we should redefine it and bring positivity to that tag. Some feel people should envisage the label as connoting an all-rounder or complete woman. They aver that individuals should customize their definition and ignore the typical, stereotypical societal definition. In Nigerian society, a woman who wants to get married would become a wife to a man someday. To get married, she has to fit the profile of a man (his wife-material). This means that the term wife material is highly individual-subjective. What Mr. A wants may not necessarily be what Mr. B craves. A man may not want someone who lives by the script. His interests may lie in a woman who has more to offer his life. He may desire a diligent woman in every area of her life, one comfortable at the workplace and the home front. He may want someone who is an intellectual as well as a homemaker. He may wish to be with someone talented and opinionated. That is his wife-material, his specifications!

This is a valid school of thought because we don’t all want the same things, and it is always best for people to relate with those who have what they want.

To others, the tag makes their efforts as a self-made human appear meaningless. To them, people view marriage as the highest feat a woman should record in her life. Whatever they may have achieved on their own, does not count. They will end up with another human who seemingly dictates what becomes of them. This group of women disagrees with the idea that only marriage will validate her womanhood. From childhood, the girl-child has been groomed to see herself as a wife. This is why some of the reprimands we experience often had subtle reminders such as, “Is this how you will do this in your husband’s house?” When a woman is impressive, and her actions are fantastic, and we call her a wife material, it seems to reinforce the effect of that stereotype. There was even a funny acronym we used to say when we were younger: the full meaning of WEEK is Women’s Education Ends in the Kitchen. This meant that as females, we were somehow taught subconsciously that all our education was to make us wives. But what happens when people don’t eventually marry for one reason or another? Does this mean all the learning was a waste? Does it mean their lives as women are not complete?

I think I would prefer it if people were just appreciative of who you are and what you make yourself into. I think people should admire others and compliment them based on who they are and not based on the stereotypical projection of who they should be.

What is your opinion about the tag, wife-material? Do you feel uncomfortable with it, or you think it exudes some modicum of positivity?

Why Some Women don’t like the term ‘Wife Material’?

2 thoughts on “Why Some Women don’t like the term ‘Wife Material’?”