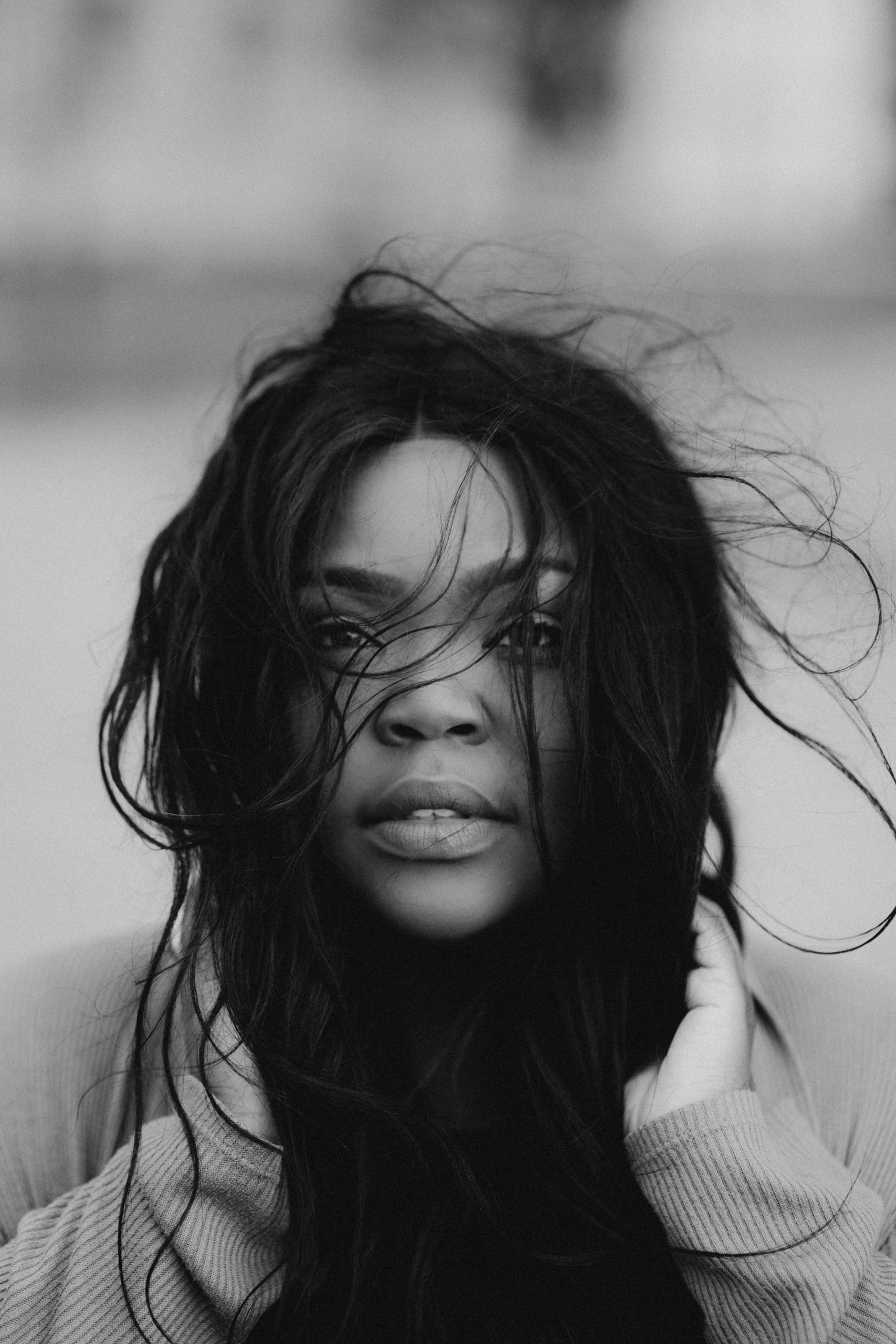 Looking up from her sewing machine, Theresa stared at her husband. He was snoring and turning about in his sleep. This meant that he was not enjoying it at all. From where she sat, she could tell that he was tired and frustrated. Life had not been kind to them recently.

Stretching the fabric and pushing it further under the needle, her mind wandered to the day he had come home. It was a Tuesday afternoon. She had been sewing too. But she hadn’t been sewing for money. She was just trying to create a new concept she had been thinking about.

She had just stretched the material when she heard his footsteps at the gate. At first, she wondered who it was. She wasn’t expecting anyone that day. Many of her friends who would normally pay her surprise visits from time to time were out of town. And with the onset of the COVID-19 pandemic, most people were skeptical about visiting people.

She kept trying to figure out who was coming until she heard him greet someone. Shocked, her eyes flew to the wall clock sitting just above the TV adjacent to where she was sewing. It was noon.

That was unusual because his company ran on a tight schedule. They never gave anyone a break. His last annual leave had been a “favor” from his boss because she was pregnant. That was a year ago.

She stood up from her chair and scurried to the door to let him in.

After taking his bag and a few fruits he had bought, she ushered him in.

“You’re home early,” she had said.

“Yes,” he’d replied, a little excited, “I was asked to take the lockdown off. We are shutting down operations till the lockdown is over.”

His eyes had twinkled. His voice was full of hope. Because he had been the most valuable staff of the previous year, he must have thought that everything was going to be fine. But somewhere at the back of her mind, there had been this nagging fear. The announcement of his immediate lockdown break had flipped a switch she had turned off for years – and reminded her of how she had lost her job.

Few months after their wedding, three years ago, she began to feel sick. She was nauseous, lethargic, and vomiting. Although she went to work every day, it was obvious that she was not as productive as she used to be. She dozed off during a few employees’ meetings. There were also times when she would forget some assignments. She was also going to ease herself very frequently. Her employer asked to take a pregnancy test. As soon as he knew that it was positive, she was fired.

“We should have known better than to hire a woman,” her boss had said, “all you are good for is cooking, cleaning, and having babies!”

Gabriel had been very sympathetic.

“He’s a goat,” he had said, comforting her, “I know how competent you are and how much your leadership moved their company forward.”

Weeks later, she had tried to get another job but her pregnancy turned out to be a difficult one so she needed frequent hospital visits.

When she mourned her job and wished that she was part of the workforce, her husband had said, “You don’t need a job.”

Blinking back tears, she thought about how she had dreamed of doing great things. She had hoped to reach the peak of her career. She planned to transition from that firm to a multinational. But pregnancy halted her plans and gave her another full-time job – mothering.

Mothering was more challenging than anything she had faced. And soon, she found out that mothering (with no one help you out) was a full-time job on its own. You couldn’t do it successfully and chase your dreams as much as you could when you were single – especially with your husband always feeling like you didn’t have to work.

She also saw that with caring for one child came the drive and will to have more. So, a year after the first one, she had two more beautiful children and was content to be called a full-time wife and mother.
Theresa stepped on the pedal for thirty seconds and sewed a few lines on the fabric. Then, she paused and checked them to make sure they were as straight as she hoped. Stepping on the pedal a few seconds more, she tacked the ends and held the fabric in place.

Feeling proud of her progress so far, she bent to pick up a ribbon to add finishing touches to the sleeve. The baby tied on her back jerked awake and started wailing and wriggling. She muttered a few words under her breath. Standing, she clasped her hands behind her and shushed him.

As she shushed him, she remembered how agitated she had been for Gabriel. She would hold their babies close and all she could think about was how her boss’ face had turned sour when she told him that she was pregnant. This was the same person that had spoken highly of her weeks earlier. He had even jokingly commented that she was the most resourceful person in their team and everyone had wished her well.

If it was so easy for her employer to have a change of heart, she had thought, could she trust Gabriel’s managers not to do the same?

With the baby quieter, she sat sideways at her machine, and then she remembered sitting in that same way later that afternoon he had come home early. She was carrying the older child at her back and she was holding the letter they had given him.
“This arrangement is only temporary,” they had said, “We will give you monthly stipends until we can finally restart operations.”

They had enclosed the stated amount for the first month – it was less than a quarter of his monthly salary but they had to take it.

For a few months, the company had kept its promise. But as the lockdown lingered, the company stopped sending them. Weeks after they stopped, they sent a termination letter and apologized for any inconveniences the abrupt timing of their letter might have caused.

Like Job in the Bible, Theresa’s fears had materialized.

Theresa walked into the bedroom to check on her other children. The older one and the baby’s twin had been playing earlier. She came to find that they had slept off. Then, she laid the boy on her back next to them, whispered a word of prayer, and went back to her sewing.

Picking up her ribbon, she placed it around the sleeves to frame the edges of the fabric. As she stepped on the pedal to sew them together, images of Gabriel walking up and down the house flashed her mind.

“What are we going to do?” he had asked many times.

Disturbed, Gabriel had tried to appeal their decision.

“I would take a pay cut,” he had said, “I would even be demoted. But please let me keep my job until I make plans to transition.”

It was too late. The managers’ decision was final. They were cutting off two-thirds of their workers and “valuable” Gabriel was one of them.

The following day and days after that saw Gabriel moving from firm to firm looking for who would hire him. He tried multinationals, the big local companies. Then, he tried banks. He also tried Shop-rite and other supermarkets. Then, he tried pharmacies, eateries, cinemas, and gyms.

No one would hire him.

After that, he went to shops, markets, retail outlets, everywhere.

“I would do anything,” he said to different organizations, weeks after he couldn’t get anything that suited his technical expertise.

“I would take inventory, drive trucks, clean shelves,” he said.

But people were reluctant to hire an overqualified, well-spoken educated man in his mid-forties to do a menial job.

As time went on, he called his contacts and connections far and near and when no one could help, he resigned himself to fate.

While he walked the streets searching for jobs, Theresa started sewing full-time. She hadn’t weaned their last babies yet but it was the sacrifice she was willing to make because they were running out of money.

Before she started sewing, however, she tried to contact her former employer. Although he was a mean snake, he had paid her well. She wanted to know if there were any vacancies she could fit into. He said that had since filled up her position – and they didn’t need anyone at the moment. That was when she knew that she had to start speaking to people about her tailoring skills. She contacted the few people she had sewn for in the past. Although many of them lived far away now (and the cost of delivery was a lot more because of the pandemic and the lockdown), they promised to refer people to her. Soon, orders came trickling in and she got busy. It wasn’t very much – in fact, it was barely enough to keep them afloat but they had no choice.

Sighing, she wished that there were some forms of government laws or regulations that would have protected her from the kind of employer she had. She knew that if she had kept her job, by now she would have been promoted by a step or two and her salary would have been able to keep them afloat until Gabriel could get another job.

She knew that the system had failed her – even a lot more than it had failed him. She wished that people would be more accommodating and stop judging women harshly because of things that they didn’t choose. She also wished that there were jobs where she could keep her baby in a nursery facility (owned by the company or government agency) so that she could be as productive as she could without distractions.

“If only our government cared,” she thought.

Wiping imaginary sweat off her brow, she finished up the sewing and held up the blouse. Then, she hung it on the hanger and waited for the owner’s call to come in: the call that will give them their next meal.