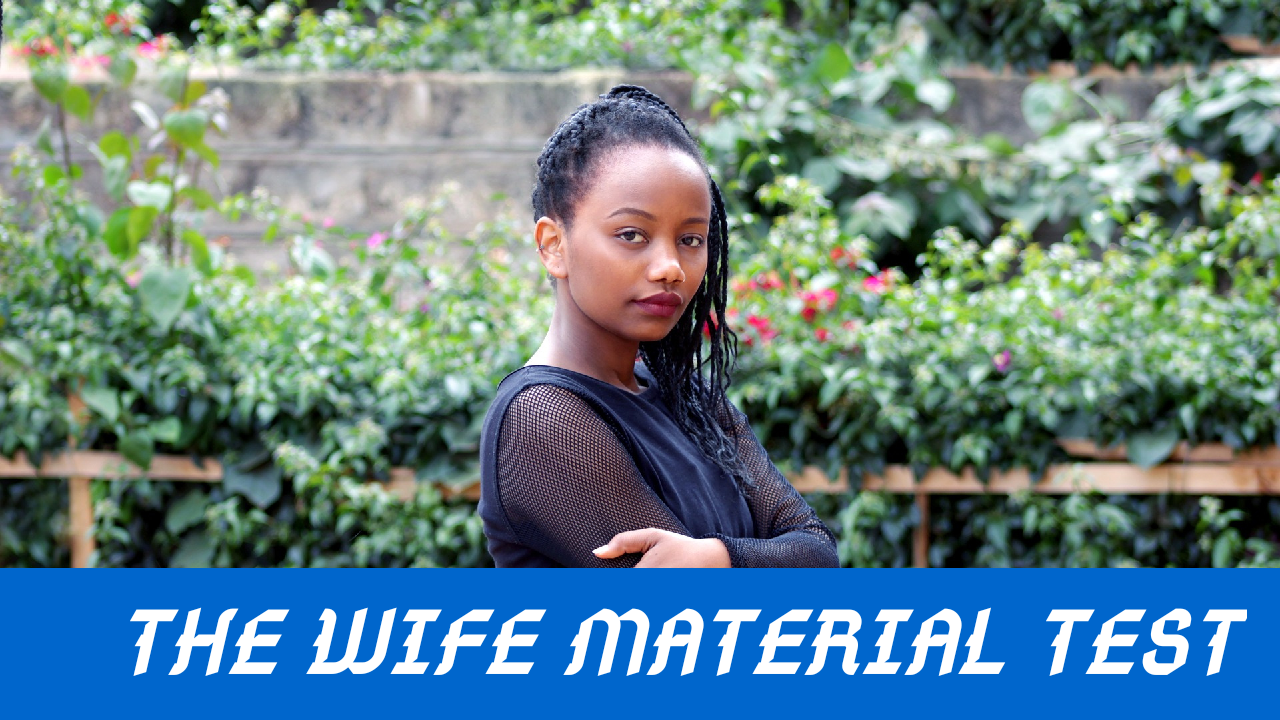 Daniella’s lower lip twitched as they pulled up at Moses’ family house – a beautiful maroon bungalow. After two years of dating, Moses was finally ready to introduce her to his mother before taking their relationship a step further. She was scared and nervous at the same time.

“Would she like me?” she asked Moses for the umpteenth time.

“Of course,” Moses said, turning off the ignition and looking at her.

She made a face at him and rolled her eyes.

“I’m serious. Anyone would love you babe,” he said, leaning in and kissing her cheek.

She forced a smile as she pushed open the car door. She wasn’t fully convinced by Moses’ answers. She’d heard so many stories about the ridiculous things prospective mothers-in-lawput their daughters-in-law through. She was afraid of what her own case might be.

As soon as they walked in through the door, she met the woman’s disapproving gaze. The intensity of her stare seemed to scrutinize her from head to toe and assess how worthy of her son she was. Moses, oblivious to his mother’s reaction, smiled the broadest and extended his arms to hug his mother. Of course, she recovered quickly and hugged him back cheerfully.

When they greeted her simultaneously, she replied her son and ignored Daniella.

At first, Daniella thought she didn’t hear her and tried again. “Good afternoon ma,” she said.

The woman looked around as though trying to wonder what eerie sound she was hearing. Daniella was mortified. Moses was taken aback as well and opened his mouth to ask his mom questions but before any sound could escape his lips, she pointed at Daniella and said,

“My son, who is this manner-less girl that cannot bend down properly to greet your mother?”

Moses’ eyes widened. He had never heard his mother talk like that. Daniella looked at Moses for support of some sort but he was too busy looking shocked to pay attention to her silent pleas. She bent herself in a bow and with her voice quivering, she tried again,

“Ehen! Good afternoon,” she said, but nothing in her voice suggested Daniella was welcome.

Still surprised at his mother’s behaviour, Moses took Daniella to his room and put the TV on for her then he went to talk to his mum. But just before he went into the parlour, his phone rang and he had to take it. He excused himself politely and went to take the call.

Daniella was in the room on the verge of tears. She had desperately wanted Moses’ mum to like her, now it seemed they’d gotten off the wrong foot. Why didn’t Moses tell her that his mother loved to be bowed or even prostrated to? She was not the prostrating or bowing type but she could do it so that the woman would accept her. She would do anything to marry Moses.

Seconds later, she heard the door handle turn. She sighed in relief. Finally, Moses was going to spend some time with her before she went to face her prospective mother-in-law again. But she was wrong. It was not him at all but her again. Daniella’s face contorted in horror.

She handed her a list. “Thank God you are here,” she said, “You’ll go to market, come back and make pounded yam with white soup – that’s Moses’ favourite. You will also make melon soup because I don’t like white soup. Jane, Moses younger sister doesn’t eat swallow so you’ll also make jollof rice. Then, when you are done, you’ll help me with the clothes in the laundry.”

It was a shivering Daniella that took the list and stammered, “Y–Y—-Yes ma.” As soon as the woman closed the door behind her, she let the tears that welled up in her eyes drop. She didn’t even know where to start from. It was not that she didn’t know how to cook. It was that she knew this woman was determined to make her as uncomfortable as possible.

As she got out from the room to find Moses and ask for some sort of help, she heard the woman half-scolding her son.

“I know that this is the girl you told me you want to marry but I don’t think she’s good enough for you. I have given her tests to find out if I’m really right about my thoughts. So far, she has been failing them. Better go and look for a wife material o. This ultimate test will tell me everything I need to know about her. If she fails, you can’t marry her!”

Daniella didn’t wait to hear Moses’ reply. She went back to the room, dabbed her eyes, reapplied her makeup, got her purse and started heading off to the market in a town she’d never visited in her life. As she greeted them politely and walked past them, Moses tried calling her back and asking if everything was fine.”Clearly, everything wasn’t fine,” she wanted to scream, “your mother hates me!” Instead, she smiled sweetly and said yes, that she was coming. As she walked out of the door, she sighed – this was most certainly worse than she had feared it would.

Why are so many women afraid of their mothers-in-law and mothers-in-law to be? Why are they so eager to be accepted by them that they accept all forms of ill-treatment or tolerate things they ordinarily wouldn’t? Why do many mothers-in-law always feel the need to “test” their son’s prospective wives in order to know how much of a cook they are or how domestic they are? Why do they treat their son’s prospective wives like people who are coming for domestic staff or slave/servant auditions? Why do a good number of them make it obvious that they need the woman to earn her worth or the right to be with her son based on how much of a cook she is?

Isn’t it ridiculous that the only criteria many women look out for in prospective daughter-in-laws is how well they cook and how domesticated they are? Yes, it’s actually understandable that you want to ensure that your son marries the most suitable choice but is being a cook and being domesticated all that a woman is useful for? What about her values and her strengths? What about other important life skills she has or even her personality? Is she the type that brings out the best in your son? What about emotional intelligence and her interpersonal relationship skills? Women should be seen as individuals – human beings complete in themselves not just some domestic help whose other attributes, strengths and skills don’t matter. A woman should be appreciated in totality not just approved of just because she cooks and cleans properly. Wouldn’t it be better if mothers-in-law tried to know the woman’s personality and see why her son chose her rather than treat her with so much disdain in a bid to test her domestic skills?

This article doesn’t support women who pray not to meet their mothers-in-law. It also doesn’t support daughters-in-law who are rude and disrespectful (we plan to talk about that soon). We just women to be seen as more than chores and kitchen. We want women to be seen as people first and we want them to be accepted and valued because of their kindness, their great skills, their achievements, their personality and smartness not just because they’re “wife material”.

2 thoughts on “THE WIFE MATERIAL TEST”