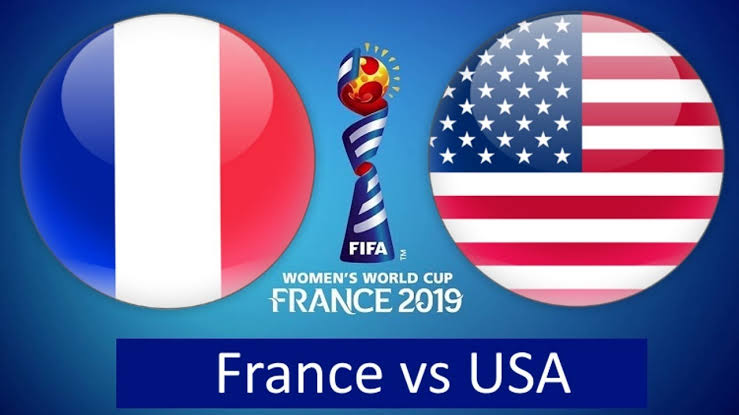 France vs. USA
The FIFA Women’s World Cup begins to heat up as the top teams face each other. Last night, The Lioness became the first team to qualify for the semi finals be dispatching Norway and today, Host team France take on tournament favourites and defending champion USA in what’s likely to be a closely matched encounter. Both come into this game on the back of narrow wins with France edging out Brazil after extra time and USA requiring two penalties to hold off Spain.

France went ahead in the 52nd minute thanks to a strike from Valerie Gauvin but Brazil levelled and forced the game into extra-time which saw French captain Amandine Henry separate the two teams with her effort early into the second half to put her side through. The French will undoubtedly feel upbeat after beating a useful Brazilian side, while they’ll gain confidence from seeing that USA struggled massively against the Spanish. Defensively, they weren’t amazingly sharp themselves, as they failed to keep a clean sheet. There might be some tired legs in the French side after the exertions of extra time but coach Corinne Diacre is not expected to make any significant changes to her starting lineup. Having scored last time out, Valerie Gauvin is expected to retain her place up top, which means that Delphine Cascarino will have to settle for being an impact sub once again.

The United States needed a penalty in the final 15 minutes of their last 16 clash with Spain to progress to the quarter-finals of the Women’s World Cup in what was their most difficult contest of the tournament. After advancing to the last 16 without conceding a goal, it took Spain just nine minutes to become the first team to score against the USA in the tournament which cancelled out Megan Rapinoe’s penalty two minutes before. Rapinoe was able to keep her nerve again as she converted her second penalty of the game with 14 minutes left on the clock to ensure the world’s number one ranked side made it into the last eight but there could be a couple of changes after the below-par display against Spain. Whatever names make it to the starting line up today though, USA will still be slight favourites for this match.

While USA have won 11 of their previous 13 matches, it is interesting to note that the last team to beat Jill Ellis’ side were France back in January and despite the USWNT’s mean defence, Les Blues have found the net in their last three meetings against them, winning two of those encounters. All that coupled with home soil advantage should give the French side a boost against the highest ranked team in women’s football going into this thrilling encounter. 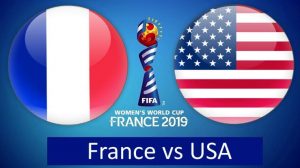