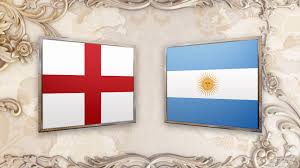 England Vs. Argentina
England will be looking to run riot against Argentina on Friday after edging out victory against auld rivals Scotland by a single goal margin in their Group D opener. The Lioness are one of the better teams in the competition and will fancy their chances of remaining involved deep into the competition. This should literally be a walk in the park. England are ranked 3rd in the world while the Albicelestes are ranked a staggering 34 places below them in 37th. To put the disparity into contest, Thailand who were victims of a record 13-0 thrashing at the hands of the USWNT are ranked three places above Argentina! Such is the enormity of the task on Borrelo’s side hands and if England does really get in their stride, we are looking at another one-sided match once again. The last time the two sides met in 2007, Argentina were thrashed 6-1!
Argentina did hold last edition’s finalist Japan to a draw in their first match, albeit it was a really poor and weakened Japanese side but that is not to take anything from that achievement (they defended really well in the game). However, stopping England’s forward trio of Nikita Paris, Fran Kirby, and Ellen White is going to be an entirely different proposition all together. Argentina consisting mainly of players who play in a non-professional women’s league in Argentina don’t really provide much going forward and they are susceptible to crumbling under the exact kind of pressure they will be subjected to by a superb England side consisting of players who represents some of the biggest professional sides in Europe.
A win for England will see them qualify for the knock-out rounds (not like they were ever in danger of missing out) and put them firmly in control of the group. In the other game of the group, Japan will be keen to get back on track as they take on a Scottish team who were probably a tad unlucky to have come away from their opening game against England with nothing. That is certainly an encounter to watch; needless to say it is likely to be a more competitive fixture.
In the last game of the day, Italy buoyed by their last gasp victory over Australia last time out will be looking to take control of group C when they take on newcomers Jamaica. A win will take them to six points ahead of their final group match against Brazil. This particular group is shaping up to become a difficult one already with all sides except Jamaica currently on three points. 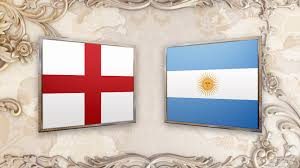