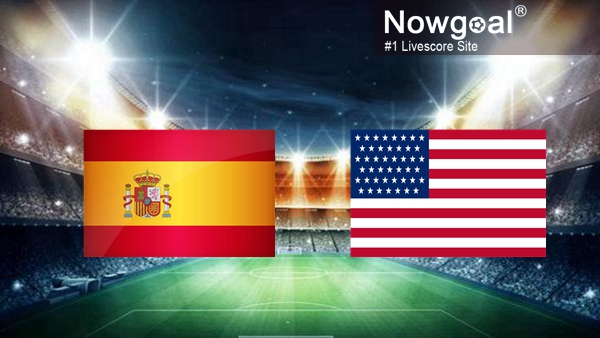 The FIFA 2019 Women’s World Cup’s knockout stage continues on tomorrow with Spain taking on the United States in one of the most anticipated round-of-16 showdown, with France or Brazil awaiting the winner in the quarter finals. Spain, playing in their first ever knock-out game in the competition having only made their debut four years ago are a team on the rise and they should provide a far more sterner test of this USWNT’s bid to retain the world title. The USWNT will still be heavily favored to defeat Spain in the last-16 game at Stade Auguste-Delaune in Reims though, despite Spain’s growth in the game since the last time they both met.

Spain endured a mixed time of it during the groups stages; they looked good on match-day one against Jamaica, though they were no match for Germany next time out, despite the narrow margin of their defeat, while they could only draw against China after that. Such efforts don’t exactly bode well ahead of the best team in international football. In their one game against top opposition, Spain failed to impress. A 1-0 defeat against Germany suggested that they were competitive, though they often rode their luck in the match and deserved to concede more than once. The Germans sat deep against Spain, allowing Jorge Vilda’s women possession, though USA are highly unlikely to adopt the same approach. Against a more expansive side, the Spanish could find it easier to create, as they won’t have to force the issue against a deep-lying team. The Spaniards are at full strength, with no fitness issues or suspensions for head coach Jorge Vilda to account for.

While Spain’s group campaign was a bit topsy-turvy, USA bulldozed their way through Group F, winning each of their three games, scoring 18 goals and conceding none in the process. Offensively, the USWNT have looked by far and away the best team in France; they’ve scored an average of six goals, while they also average 3.97 expected goals for. They also look to be the side with the most options going forward, as Alex Morgan, Carli Lloyd, Megan Rapinoe, Lindsey Horan and Tobin Heath are all major threats in the final third. It is little surprise that Alex is the top scorer in the competition despite missing a significant chunk of the group stage as a result of fitness concerns. In terms of overall quality, the USWNT have much more about them than the Spanish, but they showed that they’re not infallible, particularly at the back against Sweden. The US were deprived of star forward Alex Morgan – who struck five against the Thais – for the majority of their final Group F fixture, the 29-year-old limping off with a minor injury. However, both she and midfielder Julie Ertz should be available to face Spain, the latter having recovered from a thigh strain.

This will be just the second time that the nations have met with the first time being on January 22, 2019 in Alicante, Spain during an international friendly. The game was scoreless at halftime but a brilliant goal off an individual effort in the 54th from halftime substitute Christen Press gave the USA a 1-0 win. USA remain heavy favorites to progress but will be wary of a fast rising Spanish side. In the other match of the day, Sweden take on last edition hosts Canada in another encounter that promises to be just as thrilling. 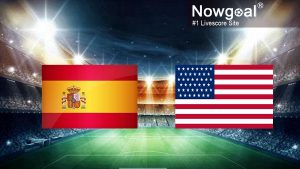