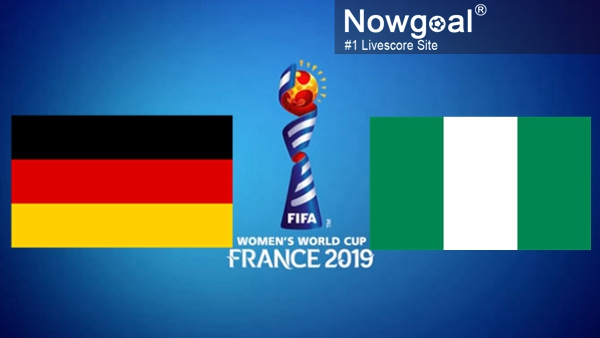 The FIFA 2019 Women’s World Cup’s knockout stage kicks off on Saturday with the round of 16 as one of the favorites takes on one of the underdogs. Germany faces Nigeria with a spot in the quarterfinals to play for. Germany won Group B with a perfect record and didn’t concede a single goal in the process, joining the United States as the only teams to do that in this tournament. Meanwhile, Nigeria’s fortunes were somewhat mixed coming out from a tough Group A that included France, Norway and South Korea, but they sneaked through as one of the four third-place teams to get to this stage.

Two-time World Cup champions Germany made it through to the knockout stages with an unblemished record as they defeated Spain, China and South Africa without conceding a goal to top Group B. After winning 1-0 in their opening two games, Germany produced their best display of the group stage in their last match against South Africa with a dominant performance as they made the game safe by half-time with three first-half goals. Germany’s star midfielder Dzsenifer Marozsan’s absence with a broken toe has seen the team switch effectively to a 4-4-2 formation to good effect in their last two matches and it is more than likely that they will stick with that plan against Nigeria.

Nigeria, breaking their knock-out round duck qualified for the round of 16 for the first time since 1999 as the fourth best third-placed team in the group stage as they finished third in Group A with a crucial victory against South Korea in their second match, sandwiching defeats against Norway and France. In their last match against France they produced an excellent defensive performance to keep the host nation at bay for the majority of their match before conceding from a controversial VAR-retaken penalty after Nigeria keeper Nnadozie moved off her line before the kick when Wendie Renard’s original penalty hit the outside of the post and went wide. They will be forced into making one change to the team with defender Ngozi Ebere suspended due to her dismissal against France for a second yellow card in the foul that led to the match-winning penalty.

Tournament favourites Germany should have little problem overcoming the Super Falcons and will be out to avoid an upset. Their defence has been rock solid forming a platform for them to build upon going forwards. Nigeria who are back in the business end of FIFA Women’s World Cup for the first time in two decades on the other hand need to rediscover the kind of defensive discipline and solidity they displayed against hosts France and hope to get lucky on the break to stand any chance against this German side.

In the other Quarter final match of the day, Norway take on Australia in a more evenly matched encounter as both teams look to book a place in the last eight. 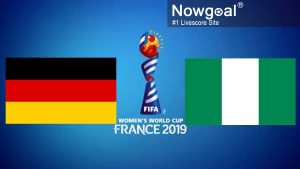