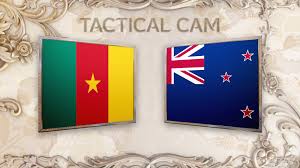 The group stage of the 2019 FIFA Women’s World Cup concludes tomorrow as the final round of group matches continues tomorrow in groups E and F. The situations in both groups are somewhat identical with battles for group supremacy and qualification for the knock-out stages set to go down in both groups. Sweden take on USA and the Netherlands take on Canada in the fight for top spot while Cameroon take on New Zealand while Chile tackle Thailand in the battles for survival!

Cameroon and New Zealand will both be hoping to secure one of the best third place finishes as they go head-to-head on Thursday evening. Neither team have taken a point from their opening two World Cup matches with New Zealand yet to even register a goal in the competition and this Group E clash in Montpellier could be a low-scoring affair. Both teams are however level on points and goal difference.

Cameroon are looking to pick up their first points of the 2019 World Cup having lost to both Canada and the Netherlands in their opening two matches of the tournament. They produced a spirited effort against the Dutch on Saturday and went in at half-time with the score at 1-1. An early second half goal, however, gave the Dutch the impetus and as Cameroon tired, their opponents took advantage and scored a third goal five minutes from time. If they are to win this encounter, Cameroon will have to show more goal threat than they have in their previous two matches – they have produced a total of just three attempts on target and registering just a solitary goal during the tournament so far. Gabrielle Onguene is the only player from either side to find the net in France this summer after scoring against the Dutch last time out. Cameroon will need her and other team mates to produce more goals in this encounter if they are to stand any chance of progressing.

The Football Ferns have lost each of their previous two 2019 World Cup matches without scoring a goal. Last time out they were thoroughly outplayed against Canada in a 2-0 defeat as they never got close enough to put enough pressure on their opponents and were punished as a result. It is now 14 games without a win at the FIFA Women’s World Cup for New Zealand, with 11 losses, three draws and no victories although this does represent a good chance for them to get a positive result. Influential defender CJ Bott had to go straight to hospital after she fractured her wrist in the first half of the Canada match and so she is ruled out. Ria Percival moved from central midfield to right-back when Bott departed against Canada and will likely take her place from the start against Cameroon.

Cameroon and New Zealand  both lost their opening two matches and only a win gives either of them a chance of making it to the knockout stages, whilst they also need other groups’ third-placed sides to slip up and best third place sides in other groups that have already been decided. A similar battle is expected between Chile and Thailand in group F while the other teams in action tomorrow will only be battling for top-spot in their respective groups and a potentially easier path in the knock-out stages after already sealing qualification. 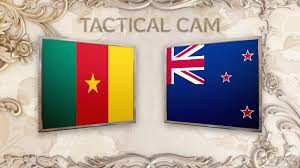