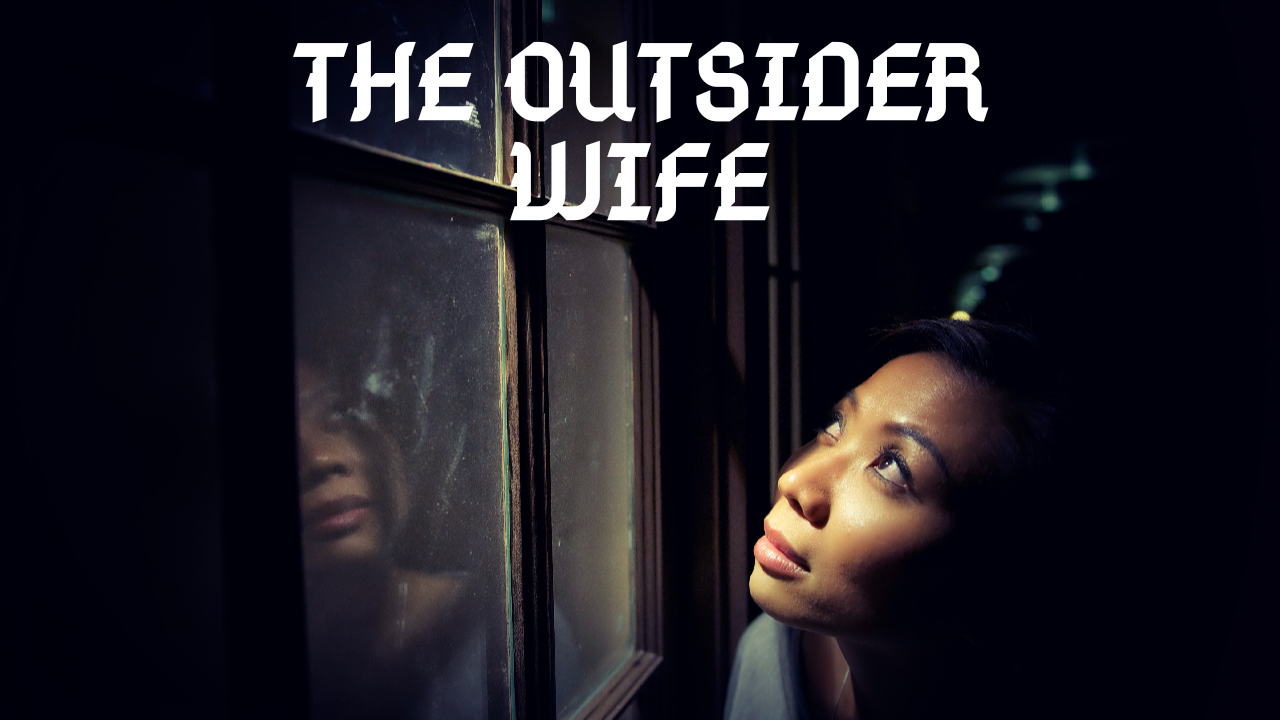 Linda stared at her wedding picture that was framed nicely and sitting beside the bedside table. She couldn’t believe that Derrek had gone too soon. They had big plans. They had wanted to travel the world, expand their business and build a large family. They had wanted to help people in their community. All these were not happening anymore because he was no more here.

She picked up her shawl and draped her neck. Then she stood and looked at her reflection in their huge mirror standing a few feet from their bed. Her eyes were swollen and had dark circles from too much crying and sleepless nights. Although her face faded her appearance, her black dress made her look regal and brought out her beautiful features the way Derrek liked it. Tears streamed down her face. If only he was here to see her now.

She dabbed her face with the edge of her shawl, slipped her legs into the slippers by the door and walked out of the room, down the hallway and the stairs, out the front door to where a cab was waiting. Derrek’s family had insisted on driving off without her. They had been there the day before to tell her of their plans to bury their son. They almost sounded like they didn’t care if she attended the burial ceremony or not because as far as they were concerned, she killed him.

“But how could she?” She thought when all she thought about was him. How to make him happy. How to make sure he got better. What meals he wanted to eat. Even when she realized he was dying, she would have given a kidney to save him. But the doctors said it was not wise.

“Evil thing!” the mother had said when she’d seen her by her son’s hospital bed, “Undo what you have done to him!” “I can’t believe we let him marry you!” his sister had said going through the doctor’s report. “Don’t dare let him die!” his brother had said, “We won’t let you get away with it!”

She had prayed for him with all her heart because she wanted to have more time with him but fate had taken Derrek anyway. She stared at their house as the cab driver pulled away. Only that it was no longer theirs. He had died and left her at the mercy of his family. She was sure that it would no longer be hers as soon as they returned from the burial to the city. Derrek’s family had made that very clear when they came around the day before.

“Make sure your things are out of here by the time we come back from the burial,” Derrek’s eldest brother had said, ignoring the food she had set before him.

“Yes, go witch! I don’t know what my little brother saw in you. I mean, since you came into his life, you’ve been nothing but a leech!” his sister has added, pushing her tray of food aside.

“Are you happy? Are you finally happy? You didn’t even give him a son to carry on his family name!” his mother said, holding her chest and jerking like someone having a seizure.

Linda clenched her fists as the hurtful words pierced through her soul. It hurt to hear them talking this way. These people she had given up so much for. These people she had worked with her husband to help. These people that she loved so much. They hated her so much despite all she did and they were going to eject her from the house she’d helped build and turn into a home.

Forty-five minutes later, she arrived at his village to see that the funeral rites had almost come to a close. They were already lowering his body into the ground without her. She asked the cab driver to turn the cab around. It was bad enough that they thought she was a witch who married him for money and didn’t have any children. But to bury him like he was never married was more than she could bear. Now home, she fought back the fury and hurt and packed her belongings with the hope that one day, she would forget she was ever a part of this love or life at all.

2 thoughts on “THE OUTSIDER WIFE”