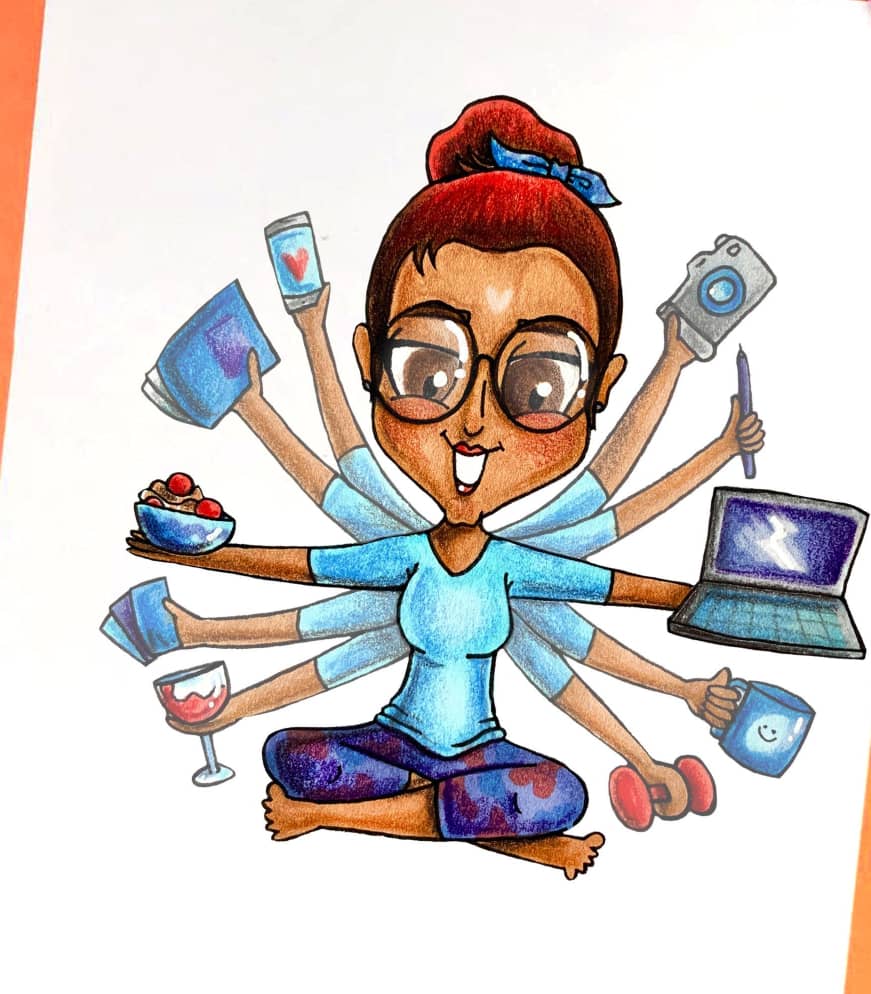 I have always posted fiction on my blog but today I will be sharing a true-life story. A male friend of mine would like me to share the story of his mum with the belief that women will learn from the story. While reading it, I could not hold back my tears. I had to ask my friend if the story was real. He responded, “120 percent” I never imagined my friend had gone through that because of his personality.

I was one of those children who loved late night snacking; consequently, my odd-hour craving made me believe my mother never slept. This is because every night when I woke up and went to the kitchen for a quick bite, she was always there baking to meet up with her side hustle of snacks supply to various vendors on campus every morning.
Besides her catering business, she also had her studies and administrative duties at a federal university, where she worked. Not to mention the domestic duties she had to tend to for her husband and four kids, who were still in primary school. Guess what? She did not have a help either. Yet, she managed to pull off these larger-than-life duties, including dropping us off at school and taking us back home almost every day.

She was the proverbial virtuous woman and even more, that the Holy Book preaches. How glad my father was that he made the right choice despite their marriage being one of the many “normal” traditional marriages of their time! He would often make comments like “In my next life, you will still be the one I will marry”. Their marriage started without “courtship”. She was recommended to my father based on her family’s reputation. As a young secondary school graduate with an excellent academic and sports record, she always wanted to continue her studies. So she accepted a suitor working with a university out of the five suitors at that time, including a top bank manager and a medical doctor.

Everything was blooming for us and we even moved into our own apartment, where we had personal rooms and bathrooms, and tenants in the other building in our compound. Life was beautiful and we could say “We have arrived”. As a caring husband, he told his lovely wife to quit her federal job and tackle her academics with the assurance that he would support her as he had sufficient income to do so.

She initially didn’t think it was a good idea but eventually yielded, all in a bid to be a “submissive wife”. She had no idea her woes were just beginning. Just after this, another blow to her financial independence hit. “You need to quit your catering business so you can rest and face just your academics alone”. She tried to reject this suggestion but it was met with a strict ultimatum, “Stop it, or leave my house”. In her bid to retain her ‘pride and dignity’, she let go of her catering business to save her marriage.

Well, she did go through graduate school studies with zero financial support from her husband. Her only saving grace was that she had savings from her active work years that she could fall back on. She had enough savings that she once pondered purchasing a parcel of land but was discouraged by her husband with the saying “Women don’t buy land”. In her innocence, she believed him.

The once sweet marriage quickly turned sour and bitter! She suffered the consequences of this full-time catering for her family as her husband was quick to punish her through sexual and financial starvation whenever they had issues. These punishments sometimes lasted for many months; the longest stretch was some 11 months.

In addition to these punishments, she was also a punching bag at the slightest provocation. During one of these episodes, she passed out having suffered a deep laceration to her occiput. Yet, she tried to bear it all to protect her marriage, and often told us to lie that she fell when she could not hide the bruises on her face.

The trauma was unbearable for her and her kids. We made a passionate appeal to her to abandon the marriage, promising her that we would be fine and join her once we come of age, or she got another job. But she wanted none of it— she was scared of losing her children, scared of losing her marriage, scared of the stigma, and scared of what could become of us if we were at the mercy of another woman! A mother’s selfless love cannot be fathomed or rivaled!

Eventually, we were all kicked out of the house with no money or job. We were just undergraduate students at the time. She developed high blood pressure but stayed strong for us, and did all she could to give us a home and put us through school using her catering skills. Immediately we graduated, we got little jobs to contribute towards the family upkeep.

Eventually, she got another job at another federal university and things slowly began to change for the better. She insisted that I go to graduate school against my wish as I did not want to be any burden on her, but she brushed it off and went ahead to purchase a Master’s degree form on my behalf. I accepted her kind gesture and went back to school, doing all I could to reduce the burden on her. I knew the best way to reward her was to excel, so I went on to become the best graduating student in my department. She was happy and organized a party during the school’s convocation against my will.

She still pushed me to start a doctoral program, and luckily I got a scholarship, so I was not a burden on her. However, she made it a duty to drop me off on campus every day, and would always call when leaving to know if she could pick me up.

Despite all she went through, she remained the sweetest person ever and was consistent in her service to God and the welfare of others. This earned her a much-deserved title—Exemplary Mother—from the diocese. All she could not achieve in 25 years of marriage were achieved when she accepted that the marriage was broken and moved on with her life within 8 years. She bought two cars, bought a parcel of land; her children were all graduates and postgraduate degree holders–including one with a doctorate. She was on the verge of buying a third car when all the emotional and physical tortures and bruises took its toll on her and she passed on.

For me, her life is a hard-core proof that training the girl child and supporting her is very vital for the family and the society. To every girl out there, if no one wants to open the door for you, open the door yourself! Marriage is good but let it not be your life’s ultimate goal or greatest achievement. Even in marriage, always improve yourself—learn a trade, further your studies, read books, make friends, maintain and expand your social circle. Who knows where the ups and downs of life would put you? If my mother had no catering skills, how would we have survived in the first year that she left the marriage? If she had not updated her academic qualifications, how would she have secured another federal job? If she had shut out all her friends and family, who would she have run to when the storm was raging?

While I am so sad she is no longer with us, I am very proud to have had her as my mother, she is indeed a Super Exemplary Mother and Woman!

The Brief Biography of a Super Woman and Mother: A Son’s Narrative