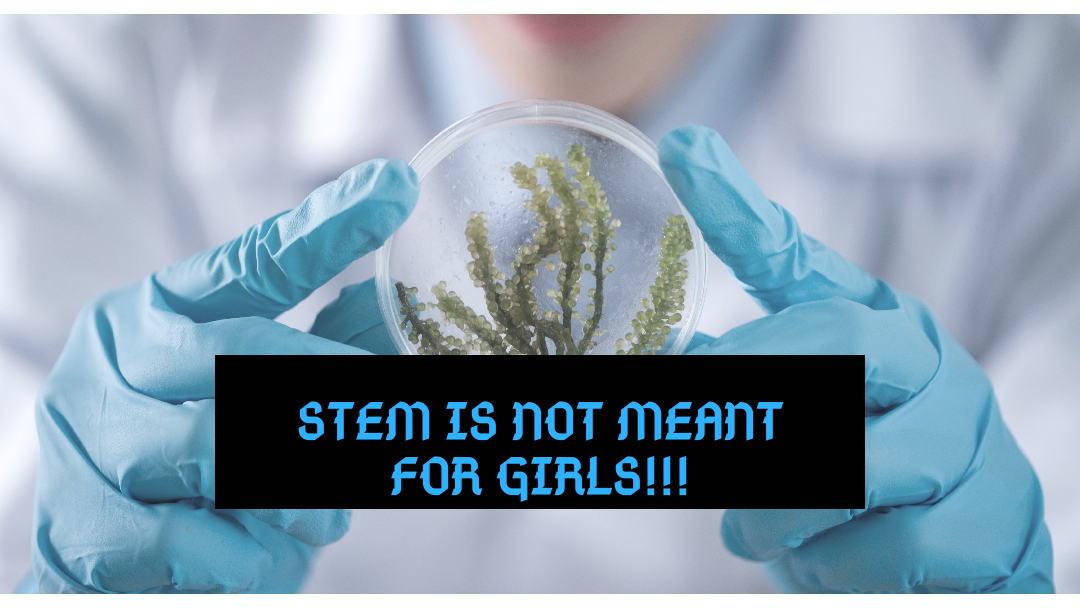 “Please sir, I would like to create a STEM (Science, Technology, Engineering and Mathematics) awareness program for girls. It is an initiative to introduce girls from the junior secondary school to the wonders and possibilities of science, math, technology and engineering …,” the principal read aloud, his eyes widening. Then he glanced up from his letter, pulled off his thin glasses, placed it on the table as he stared at the younger man standing in front of him.

“That is my problem with you corpers. You come here thinking you can turn everyone’s head with white people’s nonsense then you go home disappointed when nothing really changed. This is Africa. This is Nigeria. This is our village. Here, girls don’t like technology. Name three Nigerian female inventors you know. You probably can’t but I’m sure you know the girls on music videos or you know how much girls love cooking competitions. Okay, I’m even going far. In our school here, haven’t you see how many girls are in our science class? Just twelve. Twelve out of hundred people. One of them thinking of going back to Arts!”

The young man made to speak but the principal waved him off.

“Sir please at least finish the letter or hear me out. I want this start from the junior secondary school and introduce them to it. From there, they would get interested and join.”

The principal shook his head vigorously and rubbed his eyes.

“These girls don’t like science. You should have seen it yourself. In fact, they’d rather pull their skirts up and try to get your attention. I’m sure they have started trying to see who visits you first! It gives me shame to admit it but it’s true.” He winced as he spoke as though it hurt him to think about how the girls in his school were always up to no good. It was not as though the boys were any better morally but at least they put in more effort in their studies than many of the girls did.

“Yes, but that’s exactly why they need this sir!” the young man cried, desperately pleading the case for betterment of the girls. “They need to know that they can think too just like boys do. They need to know that they can and should do things because they’re interested in them not because they think they can’t do anything else! At least let me try sir, please, if no one joins or appreciates it by the end of next week, I would stop. Please approve this sir. You said I should make a difference. That’s exactly what I’m trying to do with my service year, please”

“I know I said make a difference. I didn’t say try to scatter any one’s head! Girls are more inclined to doing things that won’t stress them. That’s why lots of them study mass communication or English language and end up baking cakes and selling to friends/family. You can’t find a girl from here studying a course that would need her to climb a building to check it it’s strong enough. This is the same reason why girls don’t become carpenters or mechanics.”

The principal looked down at the letter shaking his head.

The young man thought a little bit and said:

“Sir, you’ve raised very valid points. I believe, just like you do, that sometimes our capabilities help us decide what we would go for and what we would not. Those capabilities like muscular strength are sometimes gender related and so you’ll see females running away from a particular profession while men run towards it.”

The principal’s darted quickly upwards and his lips parted in surprise.

“But sir, I don’t think we should keep them from opportunities just because we think they wouldn’t be interested. I think we should present it to them first, show them the relevance and importance. Plus you know girls are more than boys in this school and in the country. Wouldn’t you want them to start making us proud? They’re future mothers. They would inspire the next generation to do things that will change our world.”

The principal smiled. This young man reminded him of his younger self – so full of dreams and hope. He just hoped the boy would not disappointed as he had been years before now. Reluctantly, he approved the proposal and granted him permission to carry out the awareness.

“It’s better to try than to say it would fail,” the principal had said, “I would not be an enemy to something that could turn out to be very good for our girls. Go for it Daniel! Thank you for trying to make a difference in these children’s lives.”

There are ongoing debates about whether it is important to carry out awareness or sensitization programs or organize free workshops and seminars in order to inspire girls to love or be interested in STEM. Some people think that girls would be girls and would always prefer doing jobs or studying things that would not be too tasking for them. But if this is the reason for not trying to acquaint them with the whole idea then it’s not good enough. Let them be made aware of that and then they can choose to follow it or not. Some people also bring up this argument when a girl wants to study something they think a girl shouldn’t be interested in. They tell her to go for more girly or easier and less stressful alternatives. It shouldn’t be so. If she’s interested in it and able to handle it, let her do it. This is what true equality is all about – not restricting or boxing people because of their gender or because you think they should be a certain way. 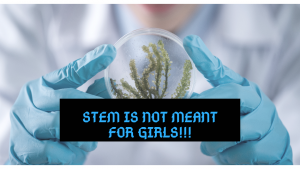 STEM (SCIENCE, TECHNOLOGY, ENGINEERING AND MATHEMATICS) IS NOT MEANT FOR GIRLS.