It is International Women’s Day. This year’s theme is Gender Equality today for a Sustainable Tomorrow. For 2022, the UN is focusing on recognizing the contribution of women and girls around the world, who are at the forefront of climate change adaptation, mitigation, and response, to build a more sustainable future for all. As a result, the praxis of my discourse today will be centered on Ecofeminism.

What is Ecofeminism? According to www.britannica.com, “ecofeminism, also called ecological feminism, branch of feminism that examines the connections between women and nature. Its name was coined by French feminist Françoise d’Eaubonne in 1974. Specifically, this philosophy emphasizes the ways both nature and women are treated by patriarchal society.

As a literature student, I will be highlighting five books that one can do an ecofeminist reading of particularly from the Nigerian perspective.

1. Yellow-Yellow by Kaine Agary. Yellow-Yellow is a story about a biracial girl raised by her single Nigerian mother. Zilafeya’s mother ‘Bibi’ works hard to provide her daughter with the highest education possible so that her daughter doesn’t make the same mistakes she made. The mixed girl, Zilafeya, wants to leave her village and with her pastor’s help, she moves to Port Harcourt and starts a new life under the watchful eyes of Sisi and Lolo. It’s a book that deals with female sexuality, racial identity, poverty, corruption, and the Niger-Delta oil issues. It’s a thought-provoking read and would make you hungry for more works by Kaine Agary.

2. Oil on water by Helon Habila: Two journalists, young Rufus and an experienced Zaq, navigate polluted rivers in search of the truth about the white woman that has been kidnapped. These two bite off more than they can chew as they encounter the brutality of militants and government soldiers. Their story is filled with suspense and numerous twists and turns. In the end, they find that it is the kindness of strangers and other non-journalistic values that save them.

3. After the flood by Wale Okediran: The story is set after the Ogunda flood. Convinced by her friend Nana, Sade takes a night off and goes to a night party. She returns the next day to find that the Ogunda River had overrun its bank the previous night causing havoc in the community. Now, her maid dead, and Tomi, her three-month-old is missing! Bitter, Stanley, her husband, blames her for their loss and sends her away. Sade is filled with regrets and guilt about what has happened. However, she is determined to take her life back. Sade finds her life in tatters, tormented by self-guilt at the loss of her son, rejected by her so she embarks on a search with the hope that she can turn things around in her family and make them happy again.

4. The Activist by Tanure Ojaide is a compelling story set in the Niger Delta of Nigeria. It portrays environmental degradation, the schemes of multinational oil companies, poverty, and corruption among people in the community. In this story, the activist struggles to make things right for his community. He leaves his home abroad to join his people’s agitation for a safer community. It is a story of sacrifice and courage and mirrors the ills faced by people in that region. It emphasizes the need for us to have the government’s accountability to the people. It also shows us why we need to have a government that is beneficial to the masses.

5. Tiny Sunbirds, Far Away by Christie Watson is another beautifully written story set in the Niger Delta. It talks about of a family’s attempt to survive a new life, struggling to redefine themselves along the way. It’s a story that cuts across various themes of infidelity, peer pressure, religion, poverty, and female genital mutilation. When a woman catches their father cheating, she takes her two children (Blessing and Ezekiel) to a village in the Niger Delta, to live with their mother’s family. There is no running water or electricity in the village much to the teen children’s disappointment. Worse still, their mother has to work all day and so the teenagers are left unsupervised and at the mercy of their peers, and their grandparents. As she begins to settle in, Blessing starts to fully understand the internal and external threats facing their village.

These books are great reads and would give you an insight into feminism in Africa especially the relationship between feminism, women, and the environment. I hope that you will read it and recommend it to your friends. Feel free to share your thoughts if you have read any of them and leave a comment below. You can also add more to the list. 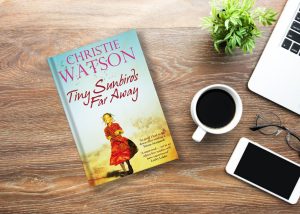 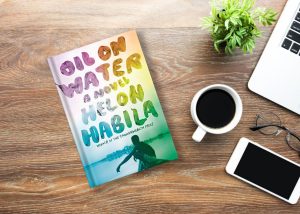 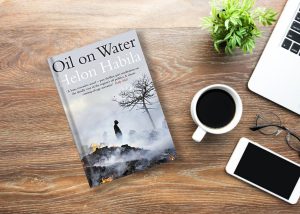 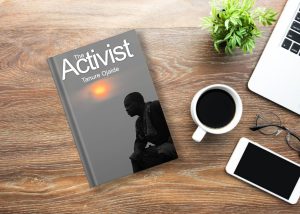 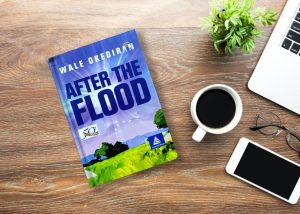 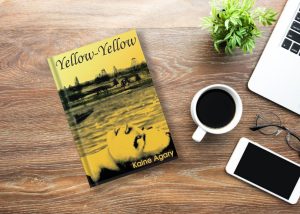 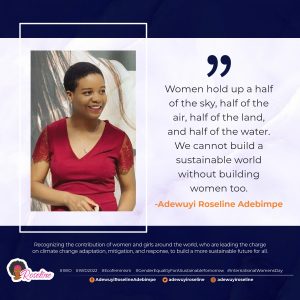 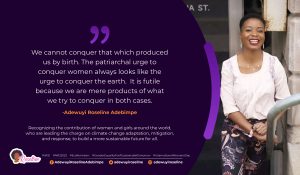 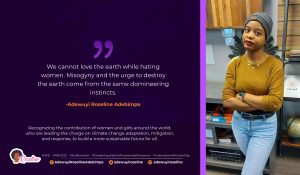 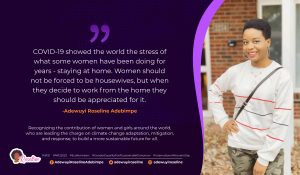 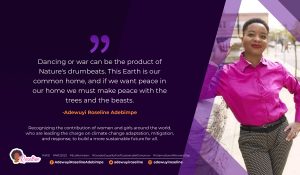