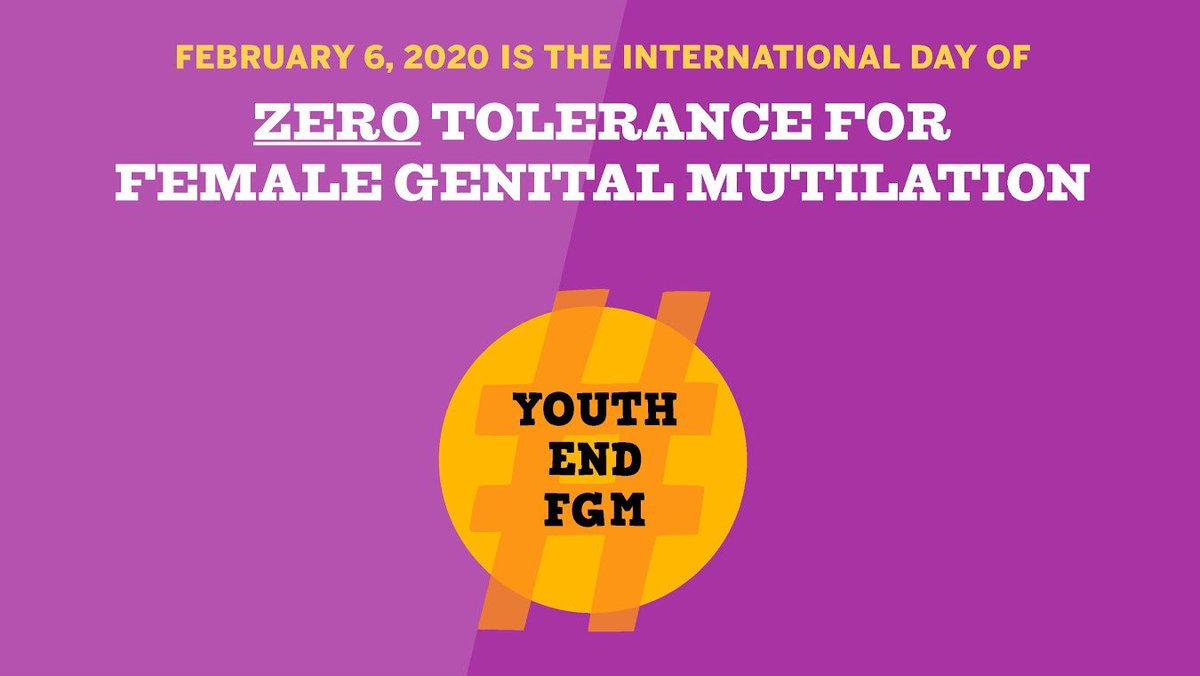 Female Genital Mutilation or female circumcision as it is called in the dark alleys and hidden groves of the interior villages where the abhorrent act is practiced has always been a hush-hush topic and because of the shame and myths or superstitious beliefs that surround it, there seems to be very little written about it.

Female Genital Mutilation has been practiced by various ancient cultures in a bid to reduce female sexuality and prevent women from being promiscuous. The effects of the process however are much worse. Since it is usually done to young girls, the psychological trauma of the pain of the process usually lasts a life time. Many young girls who have been mutilated die shortly after the process as a result of bleeding or from infection resulting from the use of non-sterilized instruments. Some contact HIV and while some others are cut so much that need to be stitched at the hospital. These ones end up experiencing difficulties during sex and child bearing in the future.

Today is the 2020 International Day of Zero Tolerance for Female Genital Mutilation – a day set aside by the United Nations to educate the general public on the ills and dangers of FGM and why all hands must be on deck for the complete eradication. As a way to lend my voice to this just cause, I believe that the best way to create awareness and make it easier for people to understand not just what FGM is, but the impact it has on the girl child and consequently the corresponding negative impact on the society as a whole is by discussing my top five books on FGM.

For centuries, literature has been the power to the powerless and the might of the unsung heroes who are not afraid to bring people’s attention to overlooked societal problems. In times when people are afraid to speak up for fear of being shut down or ostracized, the pen had been held tightly and wielded swiftly to produce fiction which is sometimes hidden in symbols or allegories in a bid to drive home the point without pointing accusing fingers. We see men and women write satires, comedies and even tragedies that are not just compelling and emotional but also call people to action. Literature is indeed the mirror that makes us understand real life issues. It has been a powerful instrument in breaking of culture of silence through its didactic value.

Here are the books we would be discussing:

The story of Tashi Johnson echoes the silent cry of the millions of women that are victims of female genital mutilation. Although living in the western world of America and far from the tradition of Olinka that commands the circumcision of women, the ingrained culture compelled her to volunteer to the carver’s knife. The experience of the traditional cut as an adult is enough to leave a lasting scar on the mind for years to come, but combined with the suppressed trauma of her eldest sister Dura dying from a similar botched female circumcision, Tashi suffered a complete mental breakdown. Alas, the tie that binds her with all the women in her tribe is not something to celebrate, but to mourn. 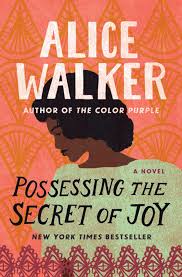 2. The Girl With Three Legs by Soraya Mire.

The courage it took to break free from the shackles of patriarchy and speak out about the evil that is being perpetrated by the Somalian society on naive girls can be felt in the autobiography of Ms. Mire. The book is a didactic tell all and regales us of her experiences – from the insecure teenager that was teased for not receiving the gift of circumcision to the woman that now understand the causes, curses and the course of FGM. 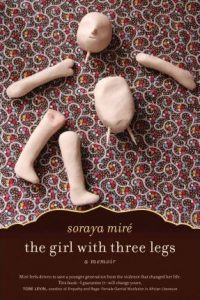 The author unbiasedly explains all the arguments surrounding Female Genital Mutilation and why it is still going on despite the public outcry. She carefully explains how tradition and emotional attachment to the cultural definition of what is right affects even intellectual decision making. 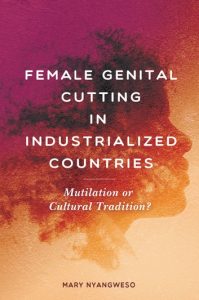 To understand the gruesomeness of Female circumcision, Hibo takes us down memory lane to a six years old girl woken up in the wee hours of the day, bathed and led to a dingy tent in her own house, forced to the bed by big strong adults and then brutally mutilated. This horrific story was told by the survivor of such brutality and explains the severity of this epidemic, yet, she writes the story in a way that is surprisingly very easy to read. 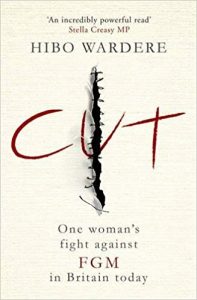 5.  After Kilimanjaro by Gayle Woodson

Taking a break year to enjoy time with her fiancé while climbing up the Kilimanjaro mountain was an answer to Dr. Sarah’s prayers. Nothing could have prepared for the things she witnessed as a medical doctor in Tanzania and friends with the women of the community. Using her knowledge and influence to speak out about the effect of FGM as a major cause of female mortality rate, Dr. Sarah made sure to counteract the damage archaic patriarchal traditions had done to the people of Tanzania. 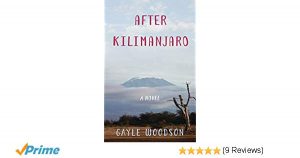 As a French student into literature, it was of interest to me to also highlight some novels for the francophone lovers.

This is a work of fiction written by Fatou Keita (an Ivorian). It is on the life of a girl who ran away because they wanted to give her in marriage at an early age. She later became an activist fighting against female genital mutilation with a nongovernmental organization. 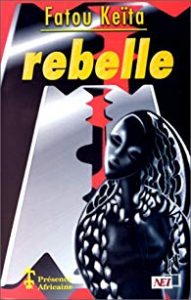 This is also a fiction written by Ramonu Sanusi, a Nigerian lecturer with the University of Ibadan. This gives a vivid description of excision rites and the negative effects of this barbaric act on the life of the main character after the exercise. She later used her position as a minister in eradicating this act. It is set in Nigeria.

Aminata Traore, a Malian, a victim of female genital mutilation, wrote this novel. She expressed herself through writing and in doing so was therapeutic for her. She broke the wall of silence on this issue. 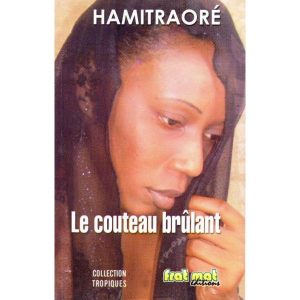 This book is written by Binta Ann. She is from Guinea where excision is on the high side. In this book, female circumcision was seen as an occasion to party by the villagers and it was also a profession by the women. She criticised this act and stresses the need to find another means of living for the women who are in this business. She stressed the need for an alternative means.

Khady Koita (a Senegalese) is an autobiography of the author on her experience as a victim of female genital mutilation. This act was done on her at the age of seven. She spoke on this traditional act that should be stopped. 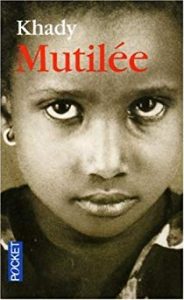 Ahmadou Kourouma, an Ivorian, wrote this. The author criticizes female circumcision and the negative effects of this act. We saw a vivid description of the processes involved in this act. 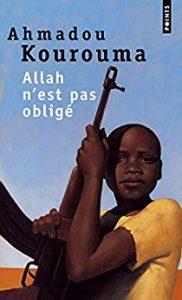 This was written by Ahmadou Kourouman, an ivorian. It examines the social and cultural background of the excision rite. The author represents his immediate society and cultural background, Malinké in Cote d’Ivoire to criticize the practice of female genital mutilation (FMG) in sub-Saharan Africa. Through the example and experience of the heroine of the novel Salimata, Ahmadou Kourouma bluntly denounces and points out the violence and the health problems caused by this rite of passage known as excision which later result to Salimata’s barrenness.  The clitoris, considered as a part impure body of the girl, must be cut to allow the latter to get out of adolescence and enter the circle of adults, that is to say in the ranks of women ready to be married. The weight of tradition or social pressure is very strong and girls cannot avoid the ceremony. They are afraid of social ostracism. 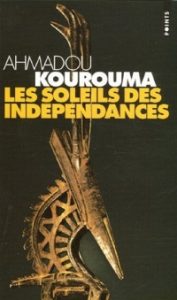 This was written by Calixthe Beyala (a Cameroonian-French). She was against a number of practices on women like excision. She uses the power of pen to talk about the silenced women. She talked about the need to stop female genital mutilation. Tanga, the main character was circumcised. She had to endure the psychological effects of this practice. 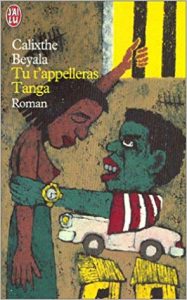 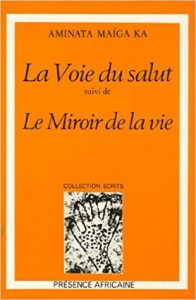 Purchase any of these books at the bookstore nearest to you or access them in online or offline libraries. Do read them and let me hear your thoughts. What do you think about the practice of Female genital mutilation? What effects keep recurring? How do you think we can win the war against this absurd heart wrenching practice?