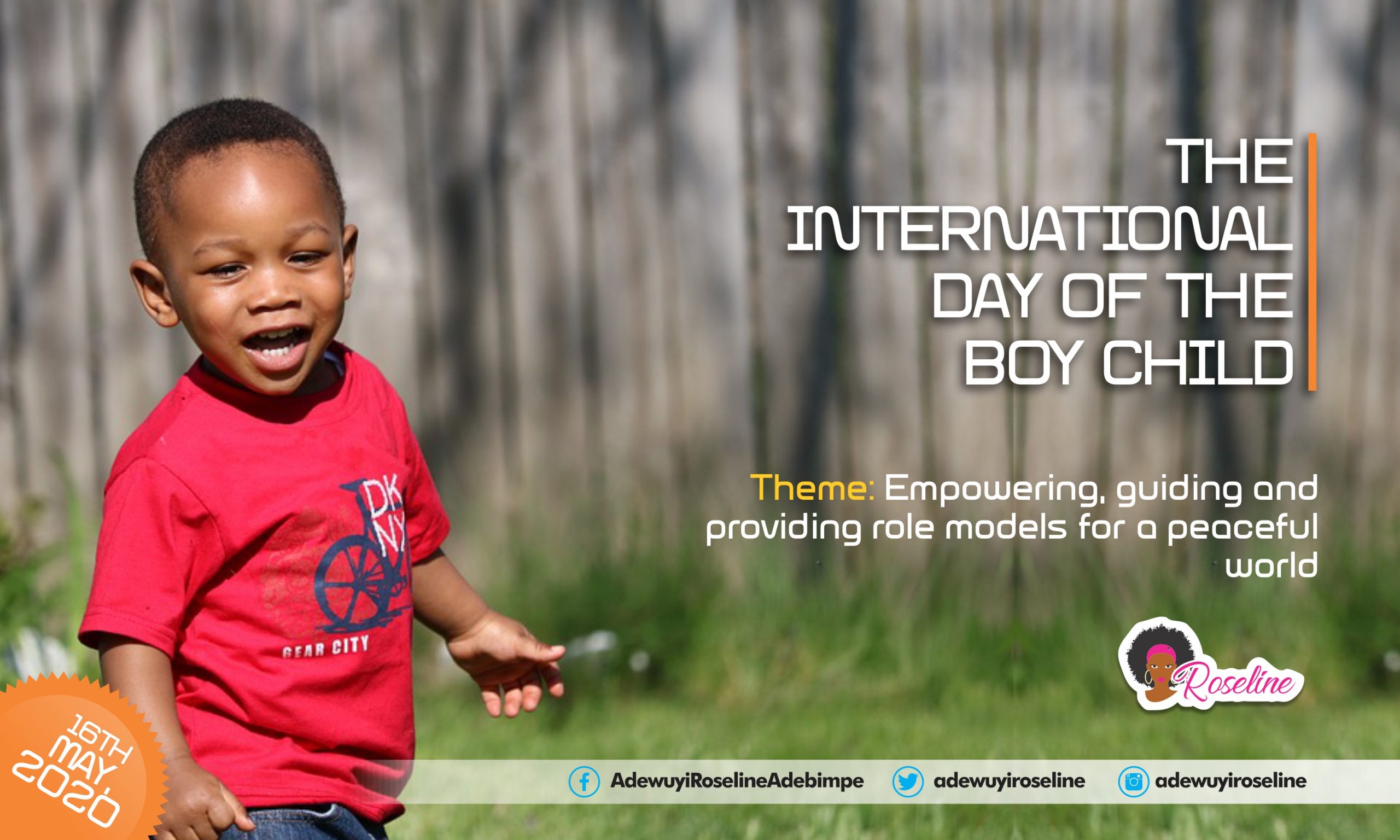 Today is the International Day of the boy and this year’s theme is focused on Empowering, guiding, and providing boys role models for a peaceful world. Over the years, it seemed like more people focused on training girls to be perfect while boys were left to meander through life on their own. As a result, so many men had to learn a lot of things the hard way. Many of them grew up broken and didn’t have anyone to turn to or ask questions. For decades, men were even told not to cry because it was unmanly. So, they bottled up their insecurities and fears.

As years progressed, we have come to understand that men are humans too. Hence, they need empathy and compassion as much as women do. We have come to realize that boys need to be groomed and guided as much as girls are so that they don’t rough it through life and get scared in the process. They need models to look up to and people they can confide in.

Thankfully, I have seen a good number of men take the lead in this respect. Men like Victor Ogbara, Joseph Okunmuyide, Benjamin Sarumi, Deji Irawo, and females like Olufunke Oyinlola and Sanni Olayinka Fatimot (and so on) have picked up the gauntlets and have chosen to help guide young boys into becoming the best version of themselves. These people in their little way and by advocacy have chosen to commit to this course wholeheartedly and are seeing results.

To build a world where gender equality and peace is a reality, we need to be concerned with how boys are trained as much as we are concerned with what girls are being taught. This is because the world is made up of both genders. Since both genders are represented here, the only way to win the war against all forms of gender inequality and gender-based violence is together!

Some people usually believe that feminists carry out their advocacy from a unifocal point of view, ie with only the girl child or women as the focus. But the truth is that many of us feminists are bifocal in our approach. We are for the equality of both genders. The only thing is that, as an expert in gender equality, you would usually focus on your areas of expertise and the area you are most passionate about. For me, it is female leadership and girls smashing stereotypes. I chose this because I have some lived experiences that inspired me and pushed me into this. I am a woman so it is a lot easier to talk about what I have seen and experienced.

But although that is my focus, I will always point you to the direction of people who are doing great things for boys and men out there because I know that gender inequality is a fight that must be won with all hands on deck. I am certain that no gender will win this alone and so I am all for collaboration, sharing information, and encouraging the advocacy for both genders.

I hope that more people would rise and take up boy child advocacy. But also, I wish that with the increasing awareness and call to action this day would inspire, more men would live out exemplarily what it means to be a good man promoting peace in an imperfect world.