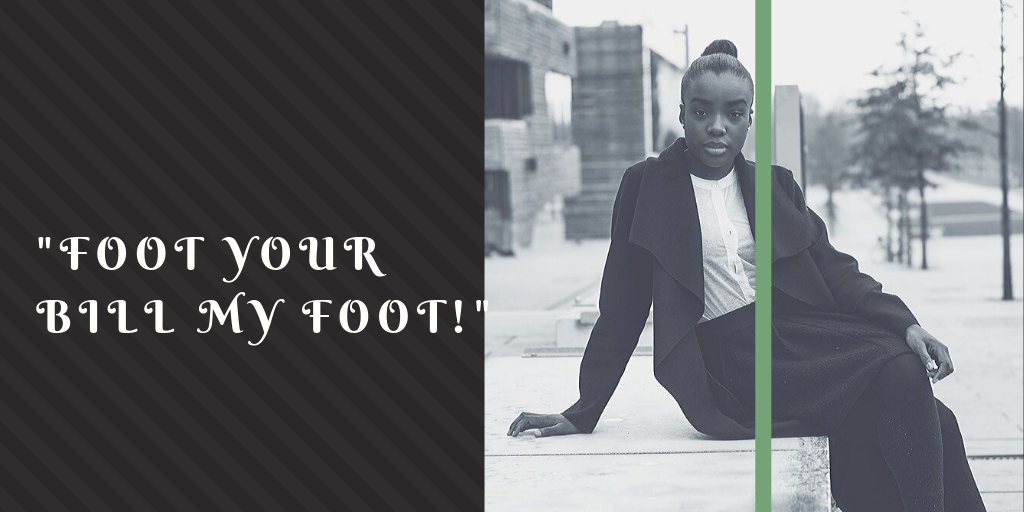 Growing up in Nigeria, I have heard many men I know often complain about how society is hard on them as regards being responsible and having enough money to cater for themselves and others also. They also complain about how many women feel entitled to their wealth and money even when they barely know them. For instance, a guy asks for a girl’s number and the girl already sees him as potential lunches, dinners, credit alerts and airtime even when she’s clearly seeing someone. Sometimes, even just casual friends expect their male friends to buy gifts, help them pay for stuff and so on as though they’re entitled to it.

I strongly believe that if you didn’t give someone money to keep for you, you should not be entitled to it. Whenever I see the men I know or hear about men (even people as young as I am) going through this, I feel so empathetic. Life is hard enough as it is and so many people are saddled with enough responsibilities that may be overwhelming them and so I don’t think it’s fair for people to take advantage of those who are not supposed to be responsible for them. This strong concern and empathy I feel for men made me decide to help out in my own little way by doing things differently and consciously deciding to not be part of the problem.

Whenever I am on casual outings or unplanned informal hangouts with a colleague or someone who is just a friend, I like to foot my own bill or go Dutch as some would say so that he doesn’t have to worry about mine as well. I do this from a good will and because I know that men my age are already worrying about adding to the family income, supporting the younger ones and even sometimes fending for a fiancee or girlfriend and so I don’t want to add to their burdens. But instead of seeing the empathetic reasons for my actions, I am often criticized or seen in the wrong. People say I am being too independent or too feminist. Some even say I am proud. The funny thing is that such words don’t even cross my mind when I do that. Those periods, I simply act out empathy. Examples could be outings with a male colleague who I know is struggling through school and I am more buoyant than and I feel why put unnecessary burden on him so I foot my bill. I simply put myself in the shoes of these ones, share their feelings and get to be sensitive. These thoughts simply trigger these empathetica actions of mine but always come out bad.

Sometimes even with people who have told me they are recently out of jobs or not earning enough currently but they wanted us to just stroll by some place and grab lunch, when I pay for mine, they get offended. They think I am trying to prove that I can pay for my lunch or something like that but the truth is that I know that sometimes they want to do these things not because it is convenient but because it is what society expects of them. So, I feel I should show them that they don’t have to – when it is inconvenient. If you want to give me a treat, that is okay too but don’t do things for me as a casual friend because as a man you feel responsible for me. That’s all I am just thinking and it is coming from a good place to help reduce the pressure.

But many men don’t see it. One even told me that it was disrespectful to pay for the food or my groceries (if I was out shopping with a guy) when a man was with me. I was quite taken aback. How can paying for my own food or stuff (because the person I am with is not my father) be disrespectful? Now, I am really in a fix here. I thought everyone keeps complaining about girls and women feeling entitled and not caring if the men had enough money to get by. But here am I caring and contributing my quota and it is disrespectful?

One of the most important reasons that inspire me strongly to do this is the fact that I have a twin brother (who is the same age as me, of course) and I know that the pressure mounted on him is so much – compared to the one I’m currently facing or the ones I will ever face. When I happen to go shopping with a guy, I think about my twin brother and I wonder: Wouldn’t it be nice for a woman to think about my brother’s welfare for a change instead of thinking of how best to milk him dry? Then, I decide to pay for my stuff so that I would be one of those few people who don’t want to make life harder for the men of our society.

”FOOT YOUR BILL MY FOOT”