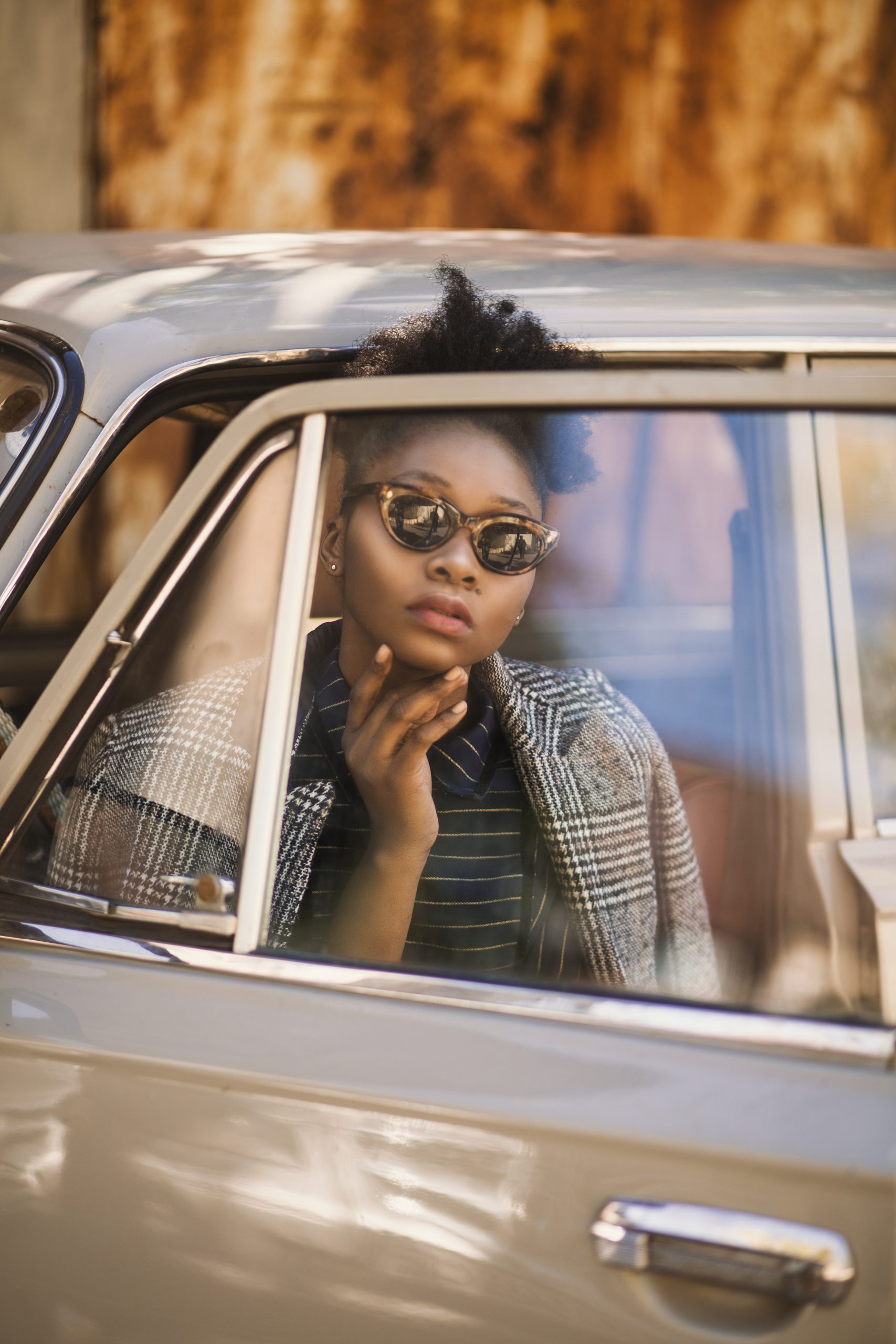 Harriet smoothened her purple peplum dress and smacked her lips. She couldn’t believe that she was attending Elvis’ family event as his plus one. She felt goosebumps as she looked into her reflection from the passenger car mirror. They were finally doing it. And it felt great.

They came down from the car.

Beaming with pride, Harriet looked over at Elvis.

“Thanks for inviting me,” she said.

“It’s what I should have done long ago,” he replied, glad that she was happy too.

Walking hand in hand, they entered the compound with Elvis leading the way. When they got in, the guests were already arriving and being seated under the canopy outside the house.

Skirting the guests, Elvis took Harriet into the main house to greet his parents.

“Son!” his mother screamed, throwing her hands up in excitement.

She was sitting on a chair while a professional makeup artist was tying her headgear.

“Mummy!” he replied, with as much excitement, “You look good.”

“Thank you, my son,” she replied, smiling, “your father just went to pick Fidelis – your second cousin. I don’t know why he always claims to get lost whenever it comes to visit us!”

Elvis chuckled.
“You can’t blame him,” he replied, “It’s difficult to keep track of these things when you don’t stay around here. You that he’s now based in Australia.”

“Look at you, always making excuses for everyone,” she said.

“Don’t mind him,” his mum said, batting her eyelashes revealing her vibrant eyeshadow, “It’s not like I don’t have daughters who travel abroad very often.”

“Speaking of… where are Linda and Danielle?” he asked, looking around the parlor.

“They are in the kitchen,” she replied, fanning herself.

“I’ll see them later,” he replied.

All through the back and forth, Harriet stood still like a statue with a smile plastered on her face. When she shifted noiselessly in discomfort, it suddenly dawned on Elvis that he hadn’t come alone. Mouthing a “sorry” to her, Elvis gestured toward his plus one and spoke to his mum:

“Mummy, this is Harriet, the one I told you about,” he said, smiling broadly.

His mother’s eyes flew open quickly as though she’d been pricked.

“What is good about the morning?” his mum replied sizing her up with keen eyes, “Henrietta, you knew you are coming here for my event. Shouldn’t you have come earlier to help out?”

“Mummy, her name is Harriet and this is the first time you are meeting her.”

“And so, what?” she replied, “How will I know that she will make a good wife if she doesn’t do things like this? It’s the little things that count or have you forgotten how I met your father?”

“Mummy, no please, not like this. I am not my father. She’s a guest – at least today. Plus, it’s my fault that we are coming now. She wanted to come since morning but I told her that Danielle and Linda let me skip kitchen duty today – especially when I told them I was bringing goodies.”

“You would have given her our house address. We really needed help this morning,” she said.

“Ah. Mummy… Why didn’t Danielle or Linda call me? They should have called me if it was that bad. I asked them to. Why didn’t they? I’ll have to ask them later.”

“I asked them not to and I got some caterers to assist them.”

“Ah! Mummy, I know how much you hate hiring caterers!”

“Better my money goes than I see you entering kitchen with my two eyes. You know I’ve never approved of you being in the kitchen. I don’t know how your sisters filled your head with such nonsense. Sometimes, I wonder if I’m the one that raised them. Can you imagine that I had to even chase their husbands away earlier? How can a woman be around and a man is entering the kitchen – even if it’s to get water to drink! It’s an abomination!”

“Mother!” Elvis exclaimed a little louder than he planned, “Let’s talk about this later please.”

With that, he steered Harriet into the visitor’s room and held her close.

Her radiant face was no longer full of life. She was sad, downcast, on the verge of tears.

She nodded and with a tear-laden voice replied,

***
Thinking that men shouldn’t do chores or domestic work in the house is one of the archaic ideologies that should be crumpled like paper and thrown in the trash. It does not do anyone any good. Rather, it divides families because it instills gender roles, gender inequality and makes people raise irresponsible men that no one wants to live with. Let’s stop seeing service and kitchen duty as a woman’s work but as something all of us should be able to do.