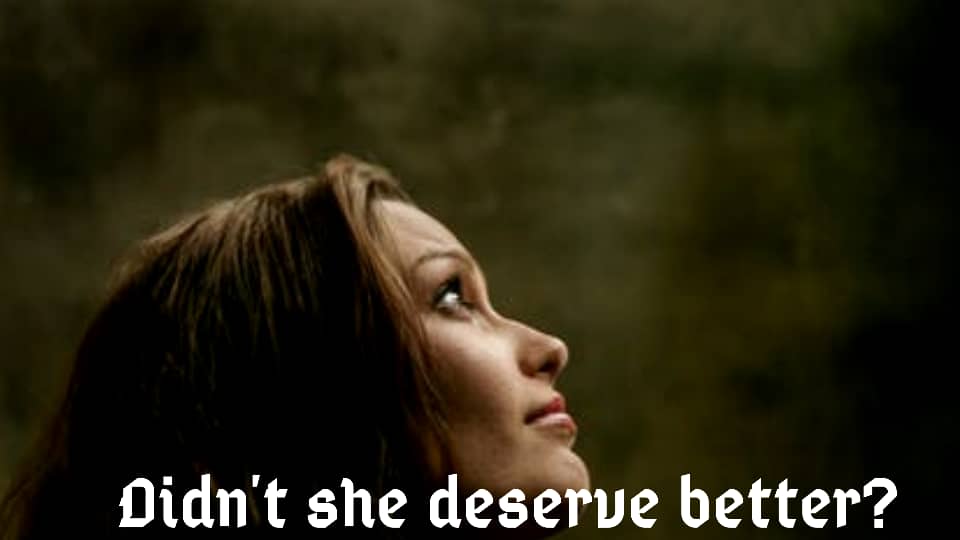 Violet blinked back the tears welling in her eyes. Her vision blurred as pain pulsated through her frail body. She felt the world spin. Her head was throbbing a little more than usual today, she observed. Her threshold had gotten better with time but this pain was more than she could bear. She touched her forehead and felt a huge bruise – larger than the ones he used to give her. This was definitely going to scar. He must have bumped her really hard against the wall this time.

From the corridor, heavy footfalls stamping their authoritative presence marched towards her room. As they came closer, she shrank back in fear because they belonged to the one who had imprinted her many times. The door handle turned slowly and it creaked open. The handsome face she had fallen in love with walked in with his perfectly built body. He looked at her pitifully.

“Oh baby,” he said, coming closer to her, “Did I hurt you? I’m sorry. You know I hate it when you provoke me. Come on. Get dressed. We are eating out and we’re going shopping.”

He pulled her up into a hug. She stood up and slid her little arms around his waist.

“I love you very much,” he said, sniffing her long black hair.

She knew she was supposed to say it back to him. It was their way but today, she couldn’t. The words stuck in her throat so she just nodded, hoping that he would not ask her to answer.

“You should say it back,” he said gently, tipping her chin.

His gaze met hers and she could feel a glint of warning in them.

“Good,” he said, releasing her and tracing the welts on her face.

Sitting on the floor of her room later that night, the words her mum had spoken to her over the phone on the first night Sean had raised his hands on her echoed in her thoughts.

“In marriage, my daughter, you have to endure. You need lots of patience and lots of tolerance otherwise you will lose your home. You know that you are the woman. It’s your job to bring peace and keep the home whatever it takes. Just be calm. It will be alright.”

“But it hurts mum,” she had said, “He just lashed out at me. It felt like he was a different person.”

She traced the bruises and scars all over her body and wondered if there was a purpose to all of this hurt. What did she do that was so wrong? Didn’t she deserve better?