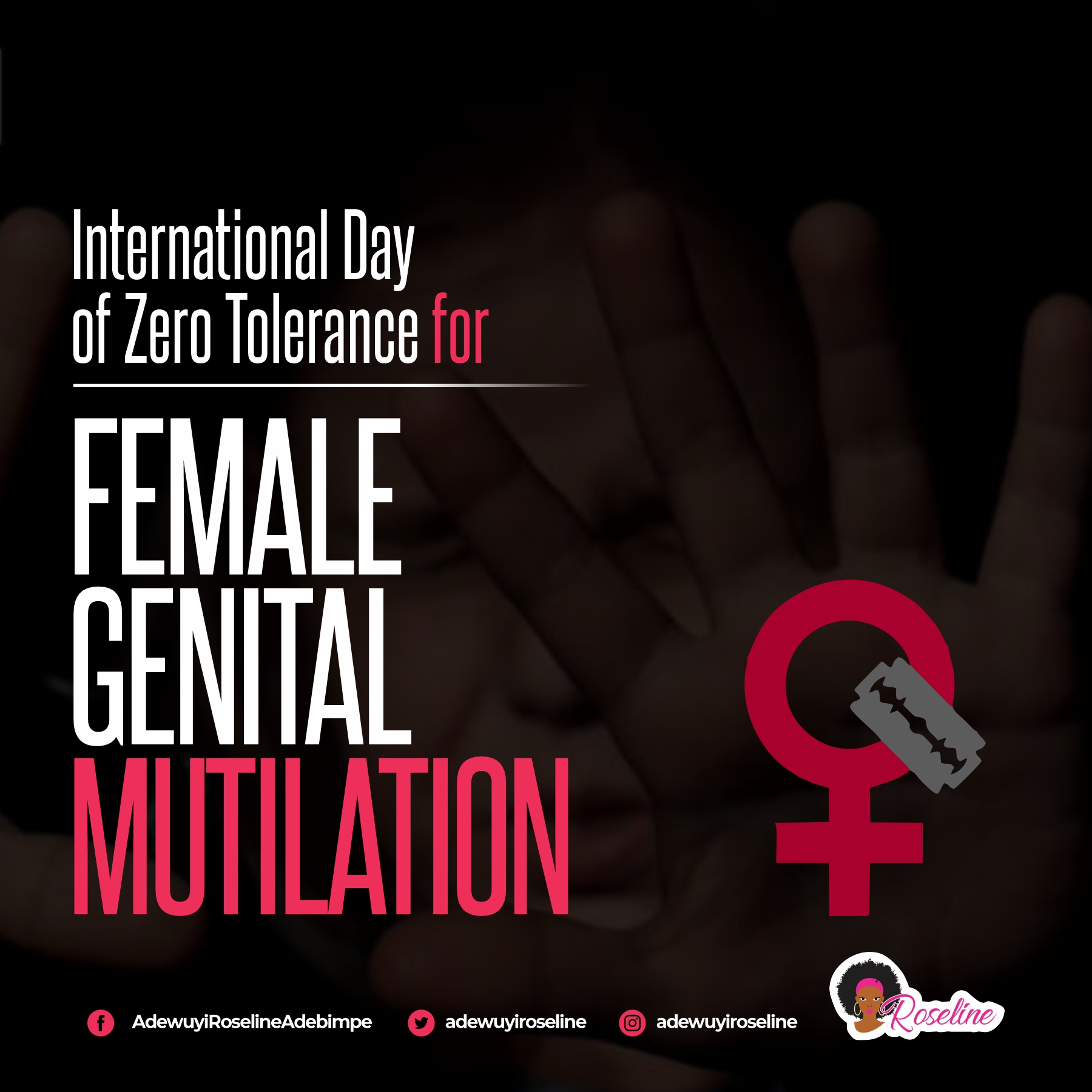 Female Genital Mutilation (FGM), also called female circumcision, involves partial or total removal of the external female genitals. It is usually done by traditional practitioners in unhealthy, unsafe environments. FGM is a violation of the girls’/women human rights.
Cultures that practice FGM usually do it to keep women chaste and inactive sexually but the practice ends up ruining future sexual experiences for women. Women who are mutilated have a decreased libido and don’t usually look forward to being intimate with men. Depending on how much damage was done, the process affects childbearing too.

Because the practice is unsafe and is carried out in an unhygienic way, some girls die or are badly scarred emotionally and physically as a result. Some lose a lot of blood too. The International community recognizes FGM as an extreme form of discrimination against girls and women. It is inhuman and should never be done to anyone.

There are different types of FGM, ranging from total removal of the clitoris to the piercing of different parts of the female genitals. FGM has zero health benefits, instead, it harms girls and women. By removing normal tissues, you interfere with the natural functions of girls’ and women’s bodies. Some immediate complications are severe pain, infections, excessive bleeding, swelling, and death. Long-term complications include pain during intercourse, menstrual problems, and increased childhood complications.

Since FGM is an unsafe practice, it should be eradicated completely. People should be taught about the dangers of FGM. The government should create a law against FGM so that people who insist on practicing FGM will be arrested, prosecuted, and sent to jail. This will go a long way in ensuring that the practice is reduced drastically. Enlightened people should also be on the lookout for things like this so that they can dissuade practitioners and educate them on the dangers of FGM.
I believe that FGM can be stopped completely when everyone takes action. Therefore, on today’s international day of eradicating FGM, I’m calling on all of us to join forces together and stop this menace. Let’s protect our girls from this cruelty and inhumanity.